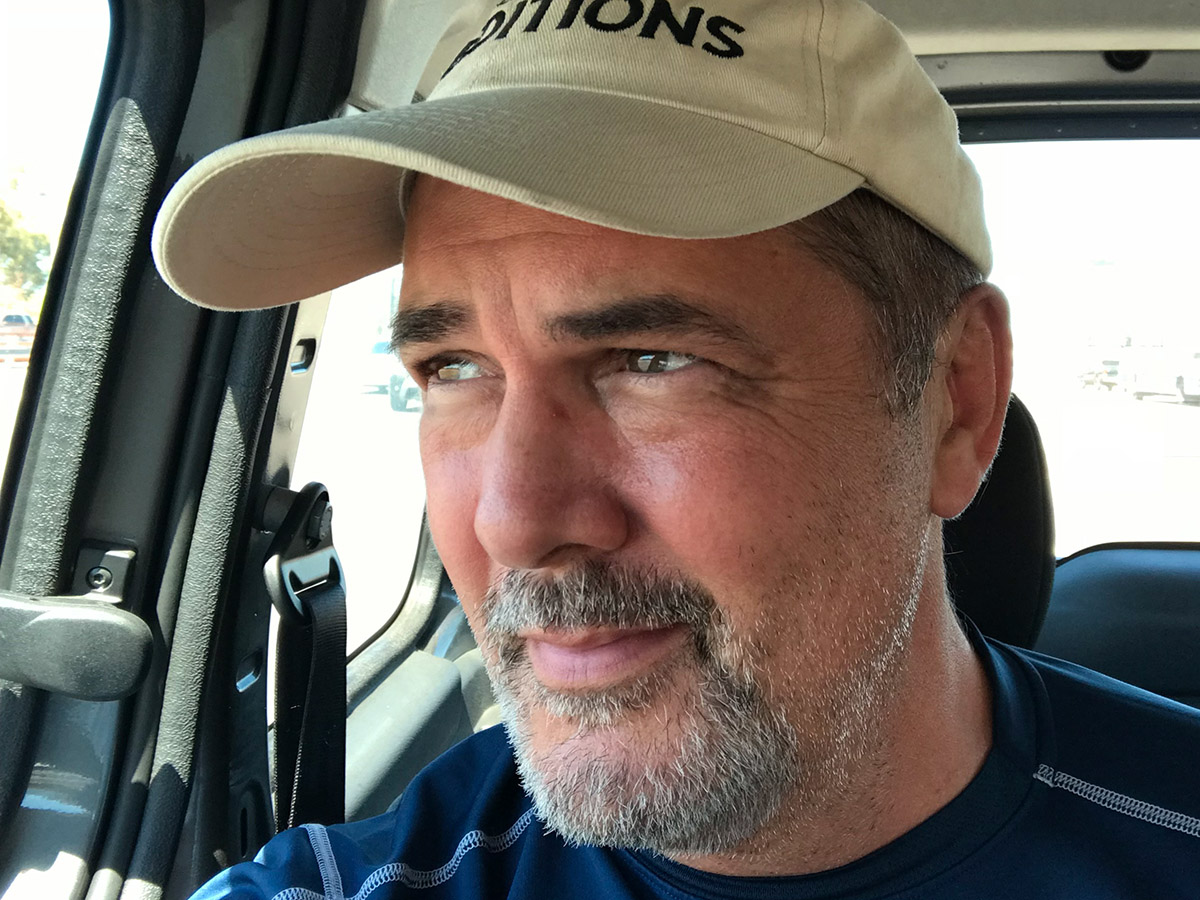 You cannot change what you are, only what you do. – Philip Pullman, The Golden Compass

In a commencement address to the graduating students of Stanford University in 2005, Steve Jobs recalled a quote he first read when he was 17.

“If you live each day as if it was your last, someday you’ll most certainly be right.”

He went on to say that the quote stuck with him though most of his adult life and that he would look himself in the mirror each morning and ask himself, “If today were the last day of my life, would I want to do what I am about to do today?”

If the answer was “no” for too many consecutive days, he knew it was time for a change.

So after waking up too many mornings with a resounding “no” reverberating through my own weary head, I drove to the office and promptly terminated a successful corporate career. My own. I fired myself on January 14, 2003 which also happened to be my birthday.

Photography was a serious hobby at the time with occasional financial rewards, but not nearly rewarding enough to pay for my lifestyle. It wasn’t even close. Photography and travel were excellent ways to spend money, not make it (that’s still mostly true, by the way). Still, I was determined to give it a go, even if I really had no idea how to get there exactly. The one thing I knew for certain was that my talent and energy were being atrophied as I counted down the days to each bimonthly paycheck.

This was a new way of thinking to me. I was a rationally thinking corporate manager with an economics degree who always made decisions with cold, hard logic and yet there was nothing rational about this line of thought. In return for a six-figure salary, benefits, and financial security, I was getting what exactly? Let’s count the ways; no salary; no plan for earning any income in the near future; no benefits; no financial security. On its face, the choice was a no-brainer, yet my intuition and heart told me otherwise.

Wild places, wildlife, and exotic travel were my passions in life. Capturing and sharing my experiences in these places were what inspired me to get up each morning, not my 9-to-5. It was the first thing I thought about each morning and the last thing each night before drifting off to sleep. If I were going to evangelize to others that you should love what you do in order to truly be successful in life – as was my mantra to my employees and anyone who would listen – I would have to commit to it myself lest I be a hypocrite. I was only willing to accept happiness and excellence for myself and I could only achieve it by doing what I loved and was passionate about.

Throughout the transition, I received a tremendous amount of emotional support from family and close friends. I’ll always be grateful for that. Some were genuinely concerned and that was certainly understandable. Others thought it was only a phase I was going through – a mid-life crisis, perhaps – that I would eventually outgrow before crawling back to the real world again. But hey, at least no one told me to grow up and get a haircut.

“But taking pictures isn’t real work,” many would say. “You’re just running off to pretty places and having a good time.”

“Right,” I would answer. “So what exactly is your point?”

You see, I never considered photography as an occupation. The word occupation is derived from the same Latin word that spawned the word occupy, essentially meaning, “to take up space.” That little phrase should paint a vivid enough word picture to illustrate precisely what I’m trying to say here.

Vocation, on the other hand, comes from the Latin word, vocare or “a calling.” If throwing away a “successful” career and financial security – not to mention mere rationality – in order to chase down one’s dream and passion in life isn’t a calling, then I’m not sure what is. Being a photographer is my vocation. It’s not what I do; it’s what I am. There aren’t very many people who can say the same about their occupation.

So after many years now of traveling the world, chasing down magical light, and capturing as many unrepeatable moments in the wild on film and digital media as possible, I’d like to think that I’ve achieved a modest amount of success as a professional photographer. But what is a “success” anyway? By one yardstick, I already was a success many years ago in a corporate job.

If living an inspired, passion driven life doing exactly what I feel I was meant to do – while managing to live financially comfortable as well – is another yardstick with which to measure success, well then I guess I’ve achieved something after all. It’s also the greatest birthday gift I could have ever given myself.