Behind The Lens: Brooks Falls, Alaska 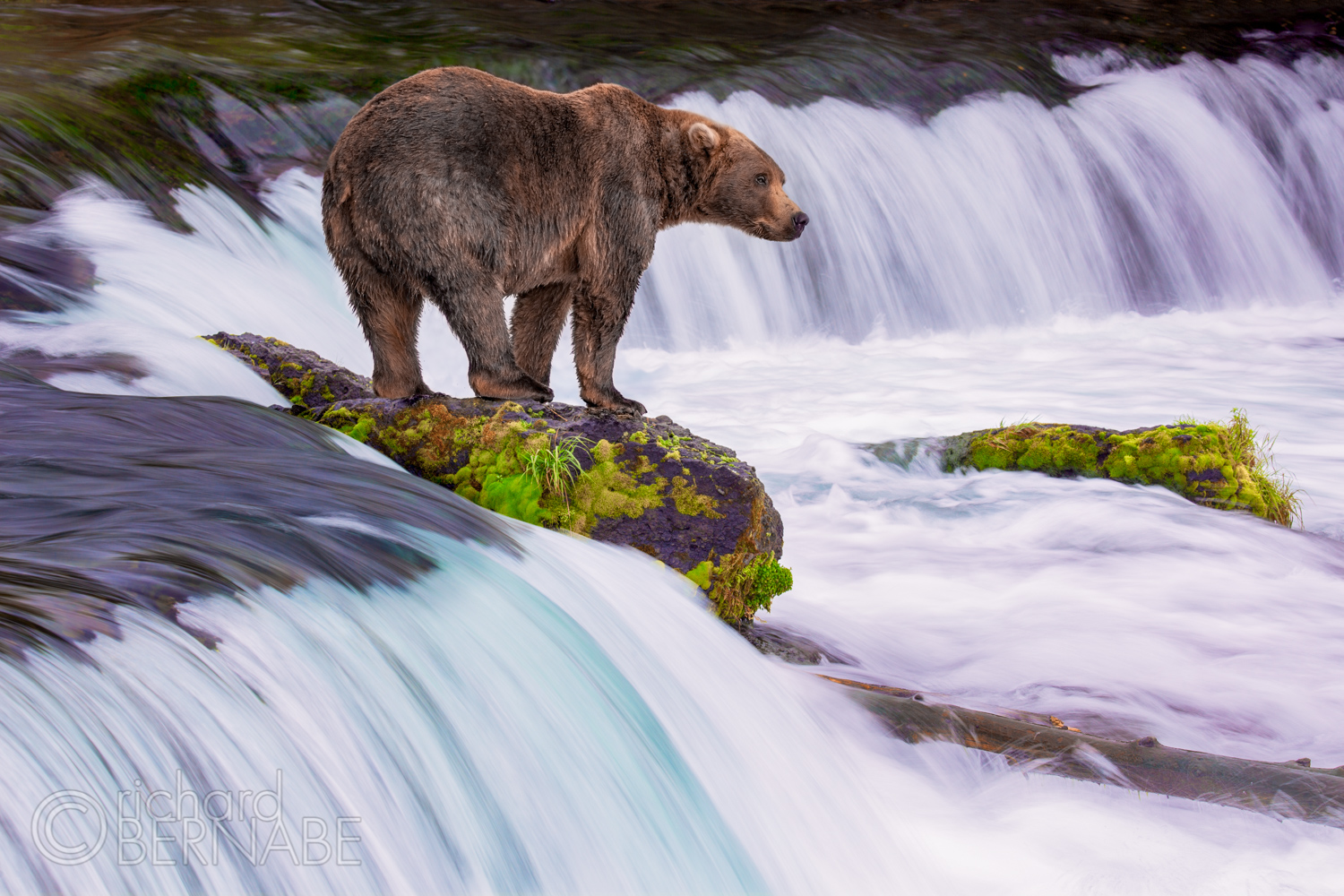 Brooks Falls are located on the Brooks River about halfway between Brooks Lake and Naknek Lake in Katmai National Park and Preserve. The falls are best known for bear watching on the Bear Cam as salmon attempt to leap up and over the six-foot cascade on their way to their spawning grounds. Brooks Falls is also quite famous for a number of bear-catching-salmon-in-jaws photos that you’ve undoubted seen in prints, books, and all over the Internet.

I wanted to attempt something different here, a contrast between the stillness of a steady bear atop the falls and the ever moving water. The result, which you see here, has been published on numerous occasions including an appearance in my latest wildlife photography book. I’ve been been asked on several occasions if this is a composite created with one slow exposure for the water and another with a faster shutter speed for the bear. The answer would be no. Bears usually don’t move very quickly and they often just stand around looking dumb and confused. The shutter speed of 1/13 second was fast enough to render the idle bear as perfectly sharp while also creating an illusion of motion with the water.