Five Reasons To Love Iceland in the Winter

Iceland Winter: Is The Weather Really That Bad?

Iceland is a true four-season photographic destination. As I wrote in a 2013 Popular Photography feature article, the country has often been mistakenly characterized in the past as cold, barren, and probably hostile to visitors. And with a name like Iceland, one can be forgiven for thinking of this small, northern Atlantic island country in such a way. But with tourism on the rise, the perception is quickly changing. It would be harder to find a more comfortable, less barren, and more welcoming country than Iceland anywhere on the planet. It’s also beautiful beyond words, which happens to be a boon to those of us like me who make a living making photos. But even to those who know and love Iceland dearly, the idea of visiting in winter might be a bit too much to bear. But Icelandic winters, for the most part, are no colder than those in New York, London, or Paris. In fact, there are some pretty compelling reasons to visit and photograph Iceland in winter – yes, even on purpose.

Iceland is becoming more and more popular with every passing year and people are discovering that winter is a great time to see and experience Iceland. But there are still much fewer tourists and photographers during this “off season” than there are during the summer months. Want fewer crowds at the popular Icelandic photography hotspots? Try winter. 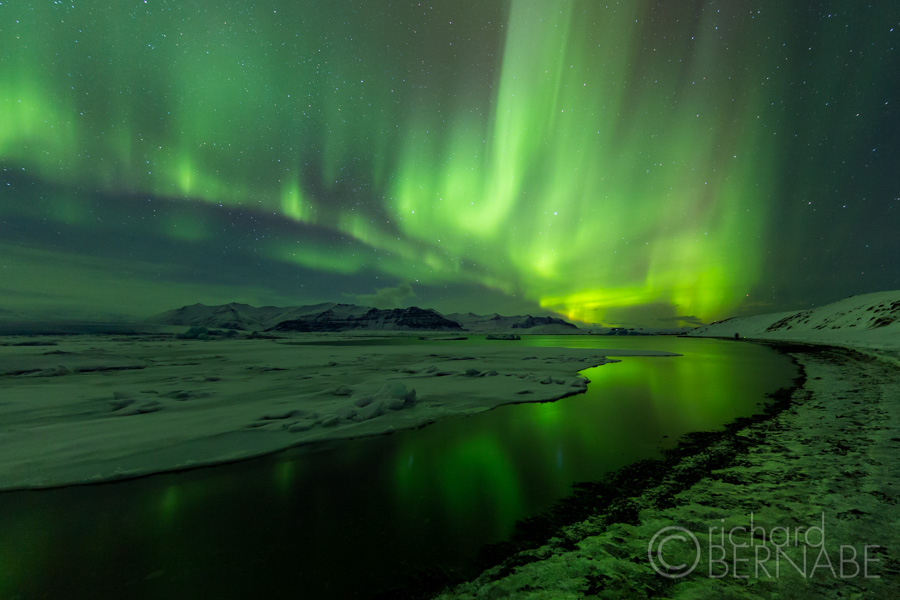 Iceland is one of the best places in the world to see and photograph the aurora borealis, also known as the northern lights in the northern hemisphere. Iceland falls at exactly the right latitude in the aurora belt (yes it is possible to go too far north to see the northern lights) so as long as the sky is dark and clear, there’s a high probability that you will see it. During the most popular times to visit Iceland, May through August, the sky never gets dark enough at night to see the aurora. Winter nights in Iceland are long and dark, perfect for aurora photography and watching. 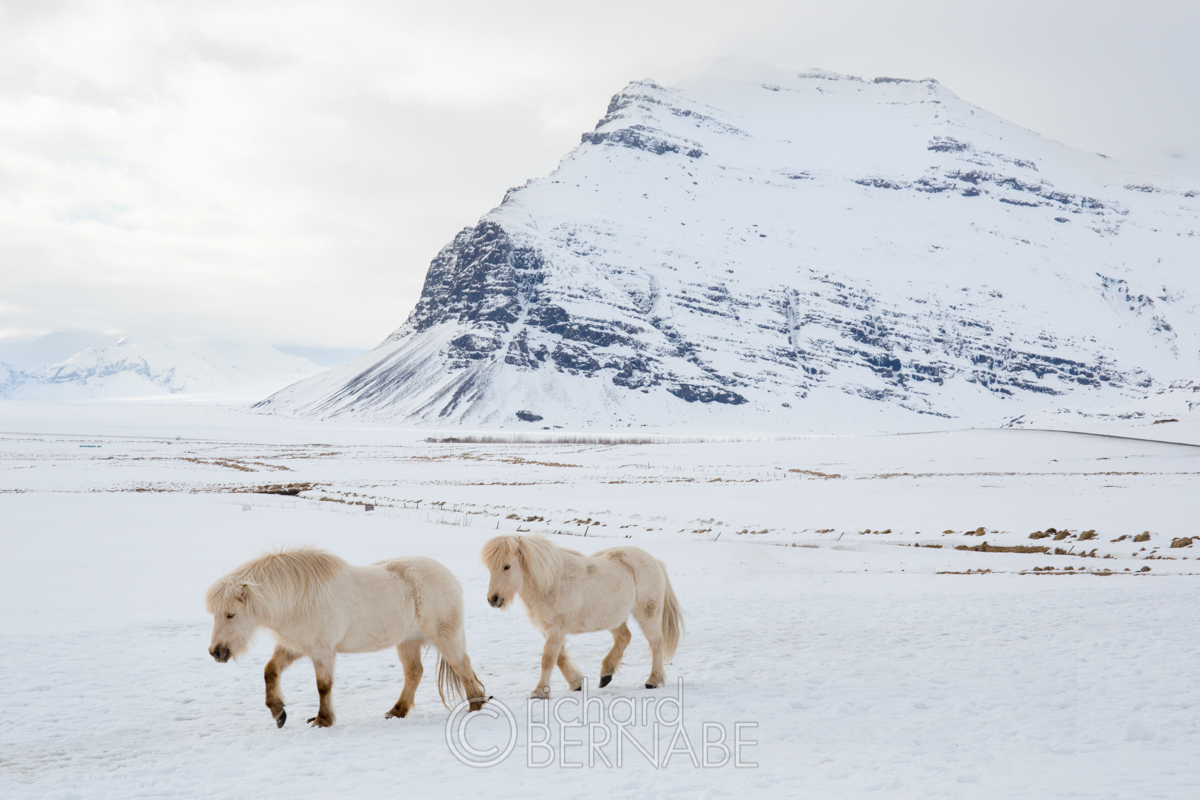 If you like minimalist landscape and nature images, Iceland in the winter is a target rich environment, particularly after a fresh snowfall. White-on-white scenes with the ubiquitous pewter winter skies can be the perfect canvas for creating some stunning winter landscapes. No color or epic sunrise and sunset lighting needed here. Just throw in some iconic Icelandic horses and you have winter’s understated beauty at its best. 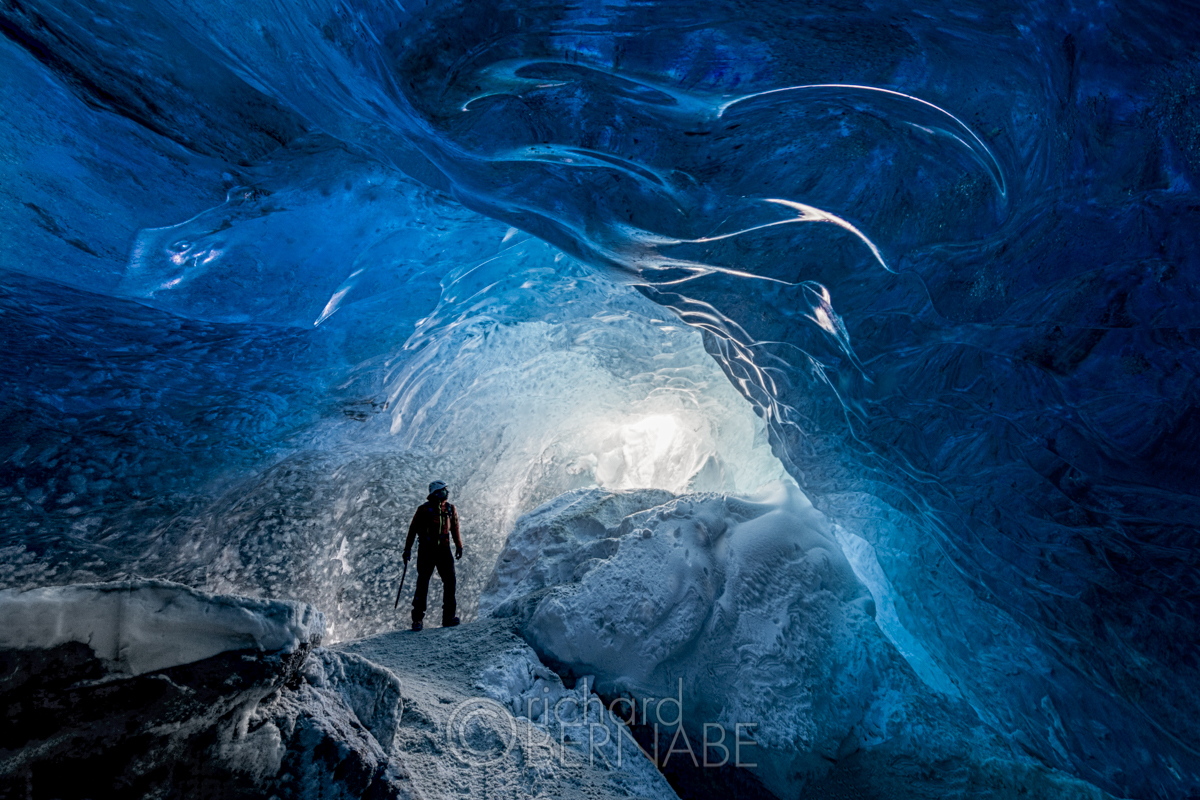 Ice caves are created by rivers and streams carving tunnels under the glaciers during the warm summer months. There are very few experiences as surreal and magical as exploring these sapphire blue caves with a camera and an experienced guide. During the winter season – from approximately November through March – the water freezes and the caves become safe to enter. This is one bucket list experience you do not want to miss. 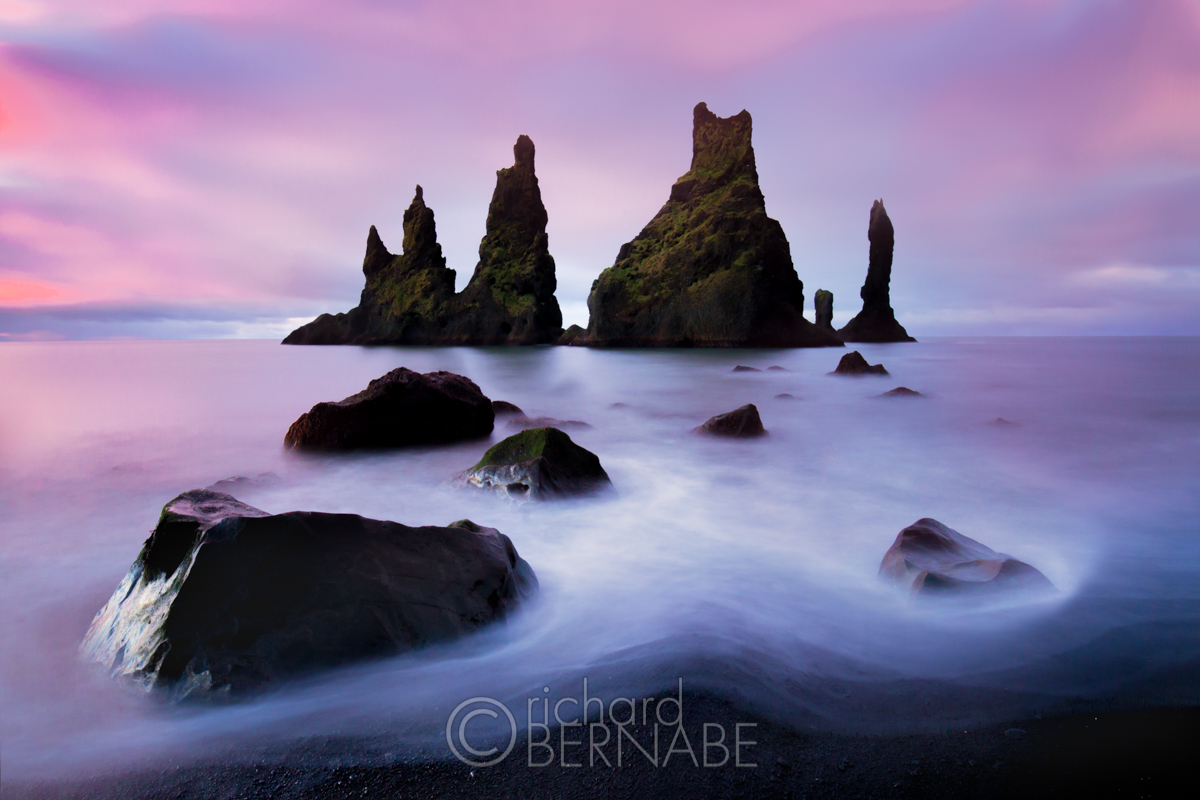 The light in Iceland is phenomenal. In the winter, the sun never rises very high above the horizon so the low-angled light is always soft and warm – the type of light photographers dream about. But even when the weather is bad (and yes, it can be bad) it never seems to last very long. There’s always a break in the clouds somewhere which gives the intrepid photographer hope of something good on the way. Of course, it also makes you appreciate the good weather when you have it. As I said, it’s changeable and highly changebale light is what gives landscape photographers those truly magical moments.

Bring a warm coat or parka, worn over layers of fleece or wool and warm ski cap; gloves for warm hands comfort but often awkward when doing photography. I like Sealskinz Waterproof, Windproof, and Breathable gloves for Iceland; water and windproof ski or snow pants; waterproof boots are more important than insulated. I prefer Arctic Sport Muck Boots with 2 pairs of wool socks; slip-on micro spikes for the inevitable ice are essential. I use Kahtoola Microspikes. 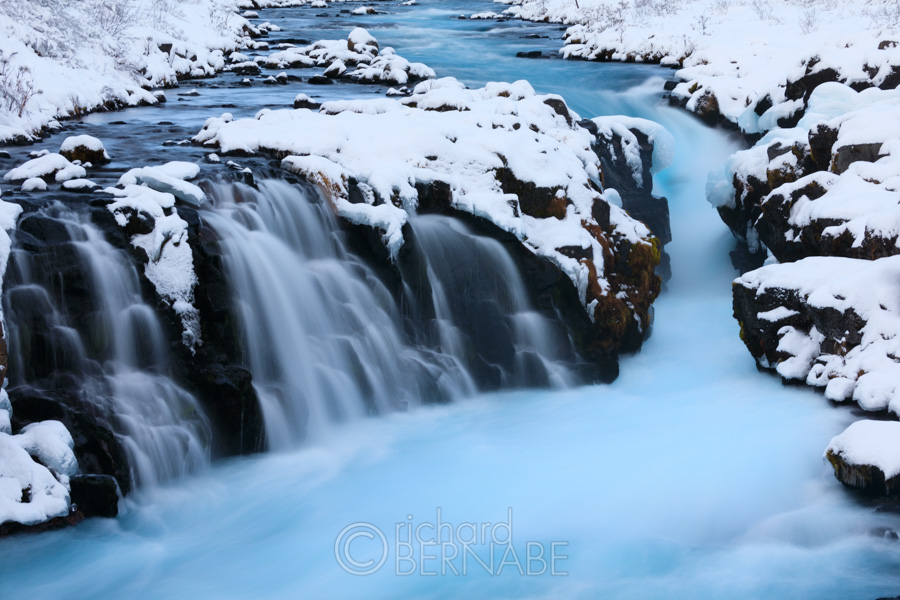