A Righteous Set of Sticks

I once lost a tripod in Montana’s Beartooth Mountains several years ago. Okay I should say, for the sake of accuracy, I left it there by accident. Despite having legs, tripods don’t just walk off and get lost on their own.

Returning to the trailhead after an overnight backpacking trek, I tossed my gear into the rental car and drove away, leaving in my wake a perfectly good tripod in full view of the public parking area. I wasn’t even aware of this oversight until four hours and 200 miles later when a wave of intuitive dread fell over me. An inventory was hastily performed and my fears were borne out. The idea of driving back to find it was quickly dismissed and replaced with better one: I went to a bar. The tripod was just as likely to be found under a barstool at the Old Faithful Tavern as it would at a popular trailhead on an Indian summer weekend in mid-September. I was sunk. 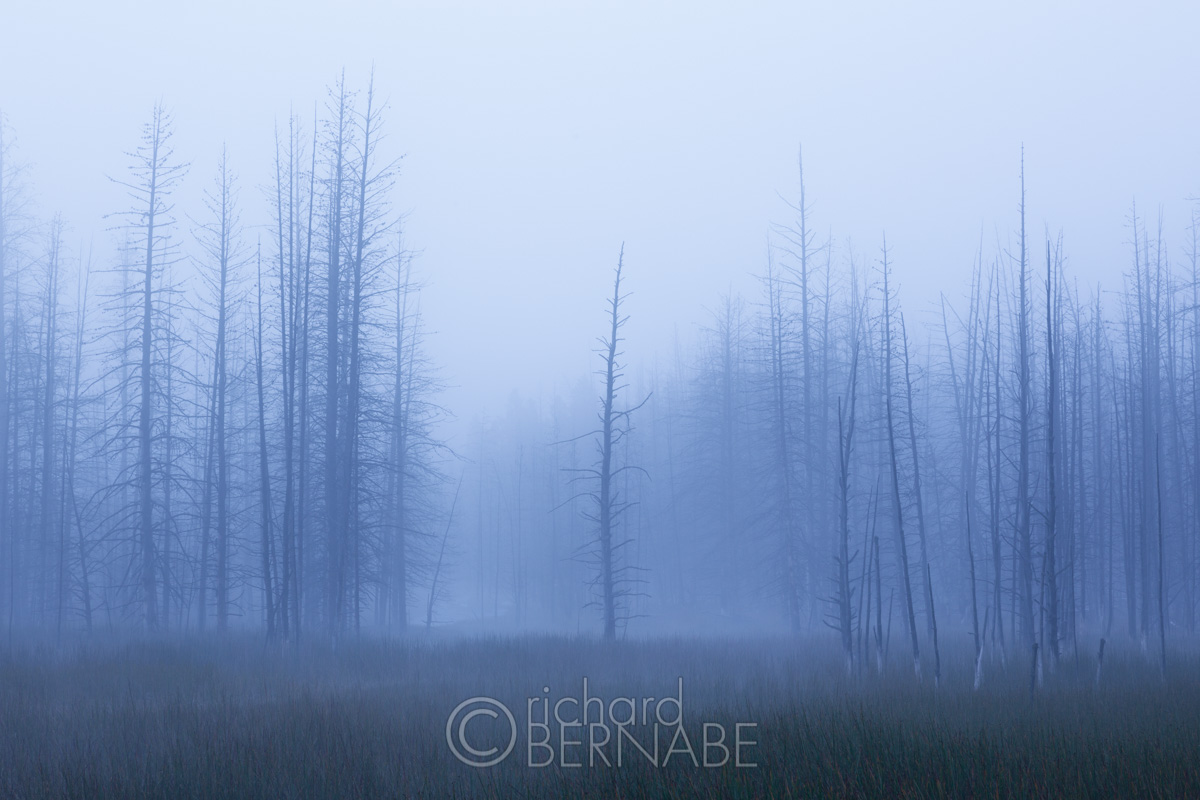 For outdoor photographers, having no tripod is almost as bad as having no camera. In other words, it’s essential. Yet for many beginners, a tripod remains the object of an intense love-hate relationship. They love it because they’ve been told they should love it, but they also hate it because they despise carrying and operating the wretched thing. Eventually, that relationship evolves into one of tolerance, soon followed by tepid acceptance, mild appreciation and finally, love.

The benefits of a tripod are obvious to most photographers, nature or otherwise, and will become more obvious with time and experience. Camera stability will always be the primary benefit and can never be overstated.  No matter how steady-handed you are or how good you think your image stabilized lens or camera is, be assured that comparing results on a set of large prints will humble you.

Another often cited benefit of using a tripod is that it slows the photographic process down, forcing the artist to think through their compositions in a more contemplative way. While I believe there is some truth buried in that sentiment, I do have to wonder how any device that forces you to do anything can advance the creative process. Not using a tripod and being contemplative are not necessarily mutually exclusive things.

A tripod can, however, have many other non-conventional and under appreciated benefits that you’ll probably never read on the glossy pages of a snazzy product catalog. For example, a tripod can be used to reach and remove a distracting limb or branch in mid-stream that you otherwise would have to get wet to reach.  Who hasn’t performed this little trick before? I always grasp the tripod firmly near the head, while telescoping a leg (always one) to the desired distance. It sure beats a day’s worth of walking with soggy and squishy boots. It also functions as an adequate wading staff or trekking pole in a pinch. You’re missing out on much of your tripod’s hidden value if it’s never helped steady you while hiking a particularly steep descent or provided additional balance as you rock-hop from one stream bank to another.

There are also dark undertones of blunt-force weaponry incorporated in a tripod’s design, although you hope to never use one in this way. I’ve never had to fend off a crazed backwoods hillbilly yet nor even a rabid squirrel for that matter, but you never know. Perhaps the deterrent of being visibly armed has had something to do with that. But there are two instances where I can recall applying my beloved tripod directly to a wild animal: a lovesick bison in Yellowstone National Park and five-foot timber rattler in the Great Smoky Mountains. The former simply invaded what I would consider my personal space and I used the tripod as a makeshift shield as I turned away each of her (his?) amorous advances. The latter was stretched out across a rocky section of a trail, peacefully soaking up the late summer sun. I carefully lifted and relocated it to a safer location, since the odds of the next hiking party being as charitable as I was not nearly as good. When it comes to dealing with snakes, humans usually kill first and ask questions later. 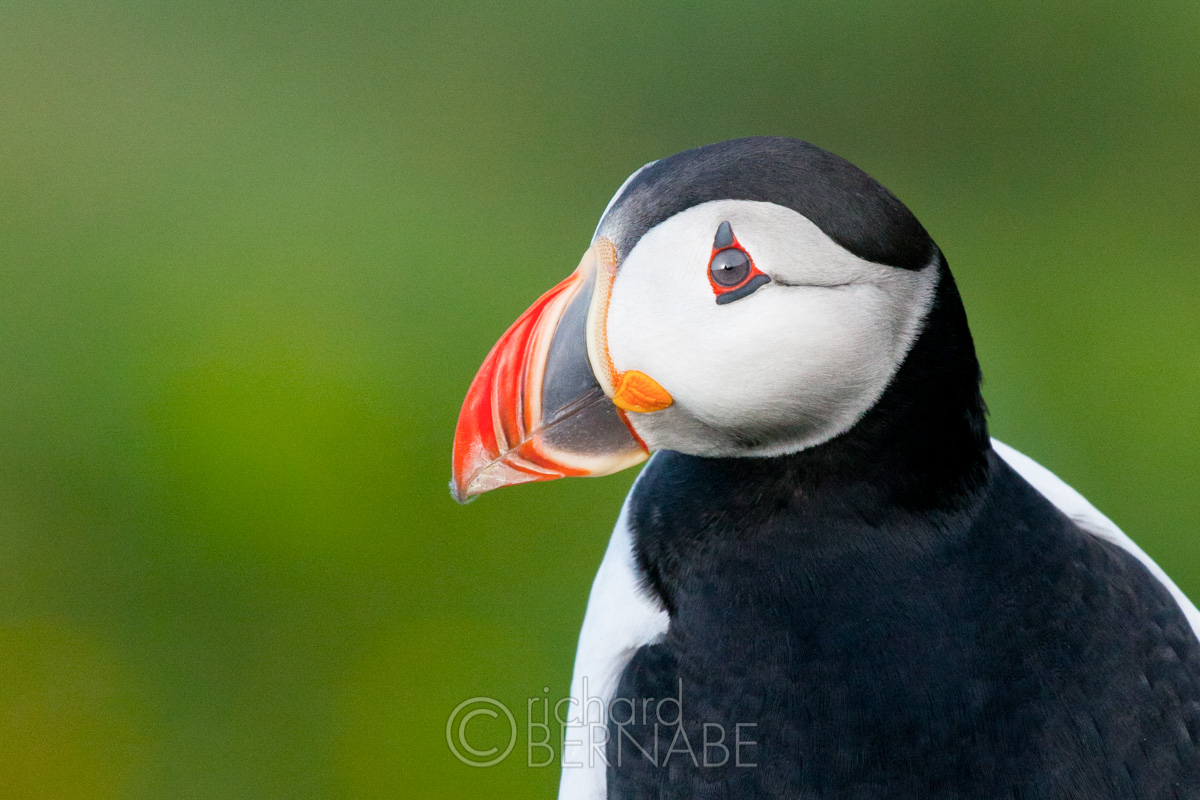 You might learn rather quickly that having a tripod immediately grants you professional status in the presence of certain people. In the vicinity of tourists or non-photographers, be prepared to be asked if you are, in fact, a professional photographer and how can they become one too. This perception will create some complications from time to time. Many parks and authorities require photographers to have a commercial use permit (for a  fee, of course) if one is in possession of a tripod. The inference being, that if you’re determined enough to lug the heavy-looking contraption around there must be a damned good reason to do so and they want their fair share of whatever that reason is.

While leading a tour in Belize several years ago, the guards at a classic Mayan archaeological site, Xunantunich, wouldn’t allow us to enter the property with tripods. It had nothing to do with aesthetics, environmental impact, sacred tradition, or limited working space, but rather it was assumed we were a group of professionals and that was obviously a bad thing. The guards looked threatening and had automatic machine guns so I didn’t feel it was an appropriate time to argue a point of principle. Instead, our group assembled some improvisational tripods from sticks and rocks and that seemed to get the job done well enough. Like my experience in Montana years prior, you learn to appreciate your tripod when you don’t have it.

At this moment, I am looking at several tripods leaning against a corner of my office – each with a specialized purpose. There’s a compact, lightweight model for multi-day backpacking trips, a big, sturdy model for propping up my big telephoto lenses when shooting wildlife, and one that its less than 10 inches tall. My everyday workhorse, however, is carbon fiber beauty that’s at least 8 years old and has been discontinued by the manufacturer. It’s scarred, dinged, dented, taped up, rusted, and getting a little squeaky in the joints – not unlike its owner these days.

But I have no plans for a replacement, at least not until it completely succumbs to gravity and fails to stand on its own three legs. If leading a workshop or tour, having gear that looks seasoned helps perpetuate that “steely-eyed mountain man” persona that citified clients like to project upon me, whether its accurate or not. Guides or workshop leaders who only carry spiffy, brand new gear should be viewed with a healthy dose of suspicion. Either they’re new at this game or you’re being overcharged.

During a recent photography workshop, a bright, personable young man in my group took one look at my tripod and casually stated, “Whoa, that’s one righteous set of sticks, dude.”

I asked permission to steal that phrase for future use, if I gave him proper credit of course. Thanks Darren.

I am a Really Right Stuff sponsored photographer and I proudly use their tripods, heads, plates, and brackets for camera stability when I’m traveling and in the field.