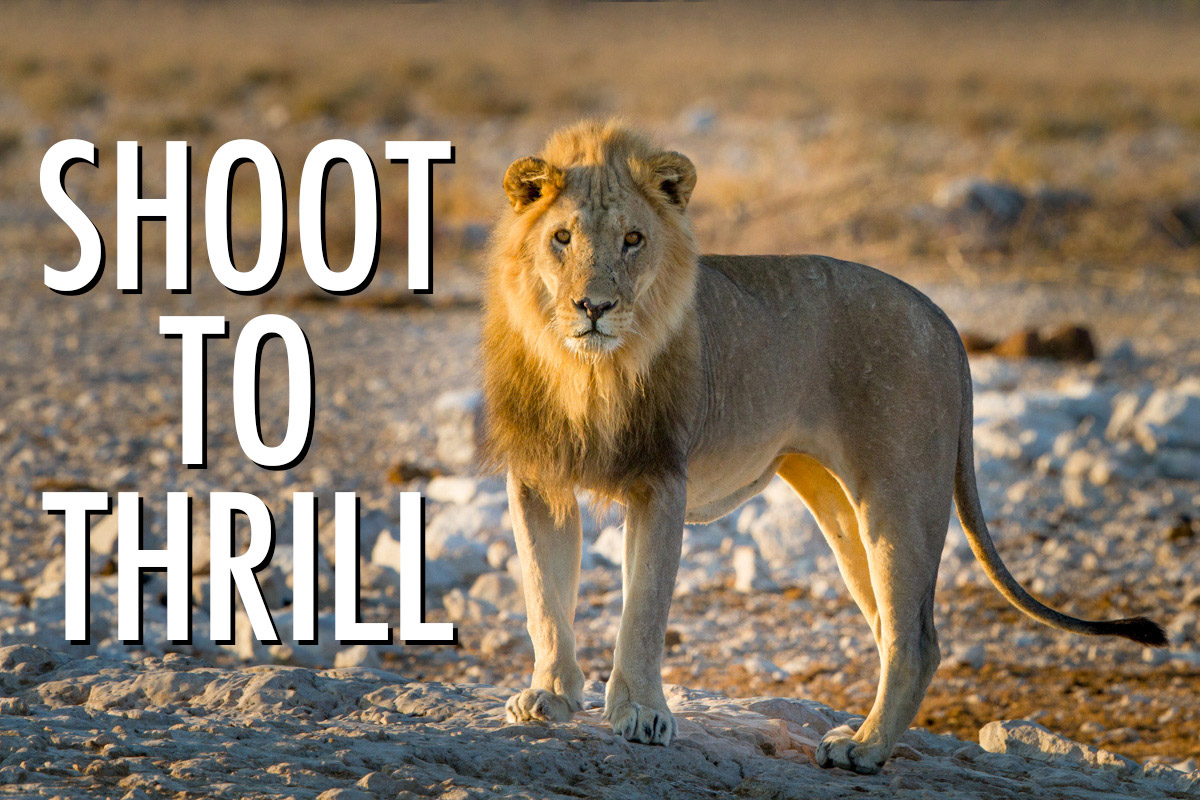 “When this is in your hands, you are the center of the universe. Not that anything else exists, it certainly does. You are important, this thing empowers you to do whatever the hell you want.” – Mel DiGiacomo, photojournalist

On the tediously long flight from Washington D.C. to Johannesburg, I was seated among a small group of middle-aged white men decked out in the latest camouflaged fashions. They were, as they say, all in. The affected clothing items and accruements included, but were not limited to, jackets, baseball caps, handbags, boots, eyeglass and phone cases, one eye patch, and a tee-shirt emblazoned in block letters:

GUN CONTROL IS BEING ABLE TO HIT YOUR TARGET

A hunting party, no doubt.

At this realization, I was for the briefest of moments shocked that these grown men were traveling across a vast ocean to kill the same beautiful creatures I was planning to photograph. I was also somewhat shocked at my naïveté since African hunting safaris have a much longer history and steeper tradition than wildlife photography. Grainy black and white photographs of a bespeckled Teddy Roosevelt, rifle in hand grinning over the corpse of some poor Cape buffalo, come immediately to mind.

While casting no judgments on legal hunting in general – for sustenance (if and when necessary) or as a governmental management tool with oversight by the appropriate authorities (for the benefit of wildlife or a specific species) – I must confess that killing for sport, trophy, or ego sickens me, particularly our African megafauna which has been in a precipitous decline in recent years.

Either way, for better or worse, I have zero interest in participating myself. I’ve spoken to many wildlife photographers who are former hunters, and they’ve all intimated that the primal “thrill of the kill” is the same; only a good wildlife image is much more of a challenge than a kill shot. With photography, the human predatory instinct is still propitiated but without the blood, guts, and guilt. It’s also more of what I would consider being a sporting proposition. Both characters in the drama can walk away from the encounter alive and well.

Still, in many ways, photography and firearms are inextricably married, with language being the most common bond. For example, a camera is still said to be fired, and so is a flash gun. A collection of lenses is often referred to as an arsenal and all lenses, of course, have a barrel. Super telephoto lenses are big guns, while small fully automatic, pocket-sized cameras are point-and-shoot. So without even having to mention headshot, you should already be getting my drift here.

The primary complication lies with the ambiguity of the words shoot and shot. A portrait photographer’s Twitter bio might include “I shoot people,” a joke that ceased being funny long ago if for no other reason it’s breathtakingly stale and unoriginal. If they go on to say that they can legally cut people’s heads off, well, then that makes it at least fractionally funnier.

The word shot is a cute, amputated form of the word snapshot, borrowed yet again from the culture of weaponry and born in the early 19th-century meaning, “a quick shot with a gun, without aim, at a fast-moving target.” Some photographers, I fear, might feel this definition hits a bit too close to home.

I use the words shoot or shot from time to time, but I try to do so as infrequently as possible. And not because of the words’ obvious violent undertones, but instead, I find them to be rather inelegant and crude. As a substitute for shot, I prefer the terms image or photo.

Image is snazzy and modern, entirely appropriate for smartphones and the digital age – digital imagery. Stretching photo all the way out into photograph feels too old fashioned and implies, at least to me, a tangible print that you can hold in your hands. The same goes for picture. The slang pic should always be avoided if you are older than 25 years old or if used outside the context of an online chat or text. Under no circumstances should it ever be verbalized. Capture, used as either a noun or verb, is steadily gaining in popularity among photographers but has never fully caught on with me. Epic capture or I captured a raging sunset last night is either too disconnected from photography or far too hip for its own good.

I think it’s time we all joined together to find some new terminology.

While in transit to Johannesburg, I was told of a U.S State Department bulletin, warning travelers to Tambo International Airport of thieves and muggers posing as taxi operators, an unsettling development.

As I carefully deliberated over my transportation options upon arrival, a friendly young man approached and offered a ride to my hotel at a reasonable price. I searched his appearance for any subtle clues – a ridiculous and futile exercise – then followed him out to his car, which had an illuminated “taxi” sign perched on the rooftop, a very good sign indeed.

When he asked about the purpose of my visit, I cryptically replied, “Shooting animals,” just as he reached for my luggage and opened the trunk.

“Yeah, you could say that.”

Before the trunk was closed, I grabbed my oversized camera pack and said casually, “No thanks, but I’d prefer to keep the guns up front with me.”