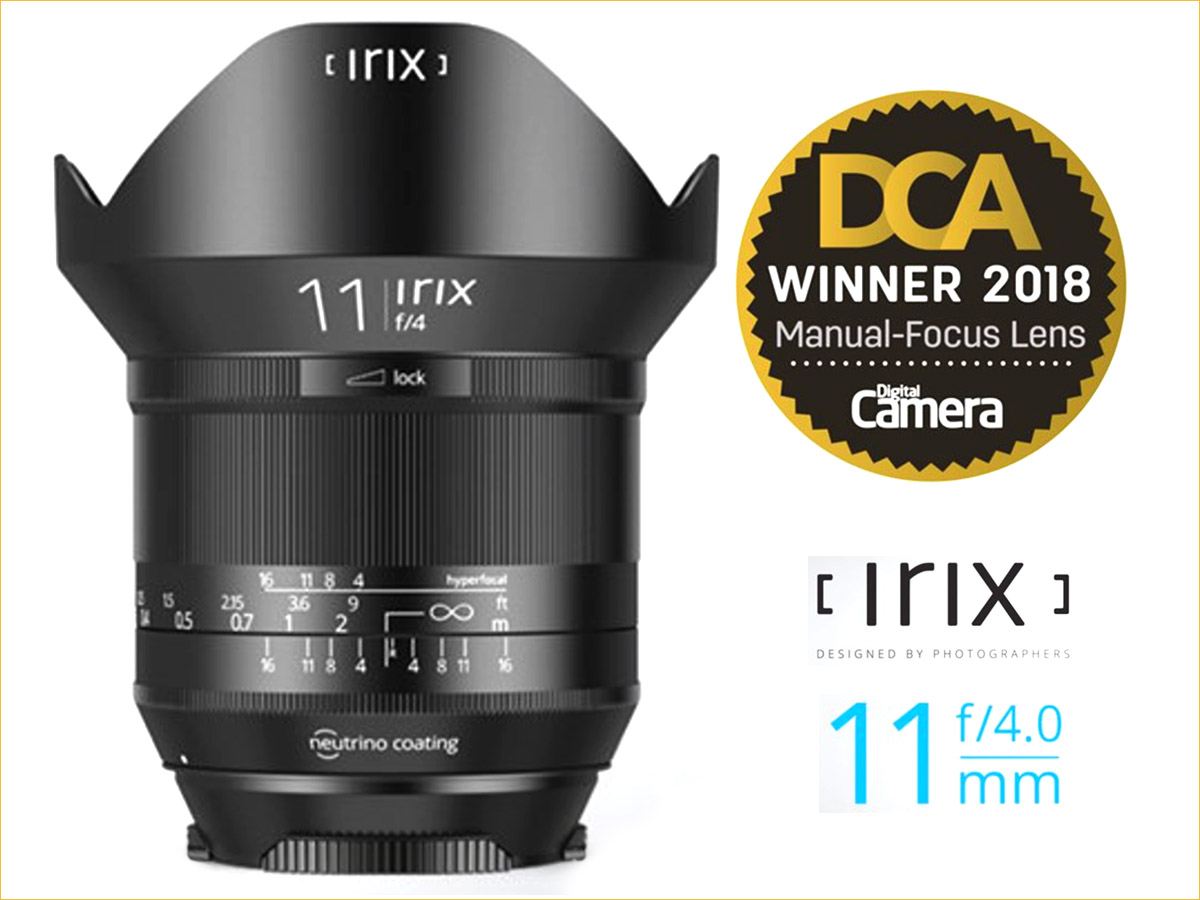 The Irix 11mm wide-angle lens was awarded first place in the Manual Focus Lens category in the 2018 Digital Camera Awards. I have been a big fan of Irix lenses for quite a while now and I love my 11mm f/4 Blackstone lens for Canon as a critically sharp, lightweight, ultra wide-angle lens when traveling to locations where weight concern is an issue. This Irix lens is a winner, but I already knew that.

This 11mm Irix lens is an extremely wide full-frame rectilinear model with a 126° angle of view. 4 high refractive lenses, 2 ED lenses and 3 aspherical lenses guarantee minimal distortion, as low as 3.13%, making it truly unique in the 11mm class.

The Blackstone model has an aluminium-magnesium alloy finish, an all-metal anodized focusing ring with a grooved surface, engraved markings, and a UV light reactive paint. The Firefly version offers the same optical performance and high-quality mechanism as the Blackstone, but is made with a lighter (12 percent) weight material. The lightweight Firefly version is ideal for on-the-go photography without any compromise on optical quality.

Get your Irix 11mm lens here on Amazon: 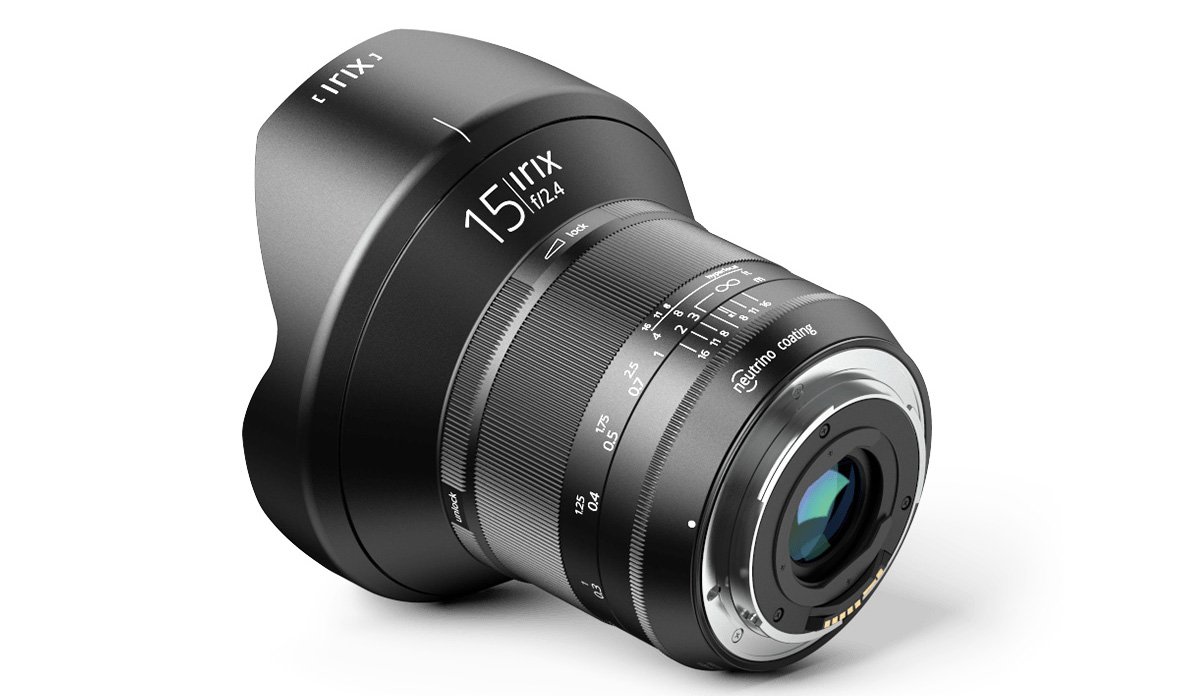 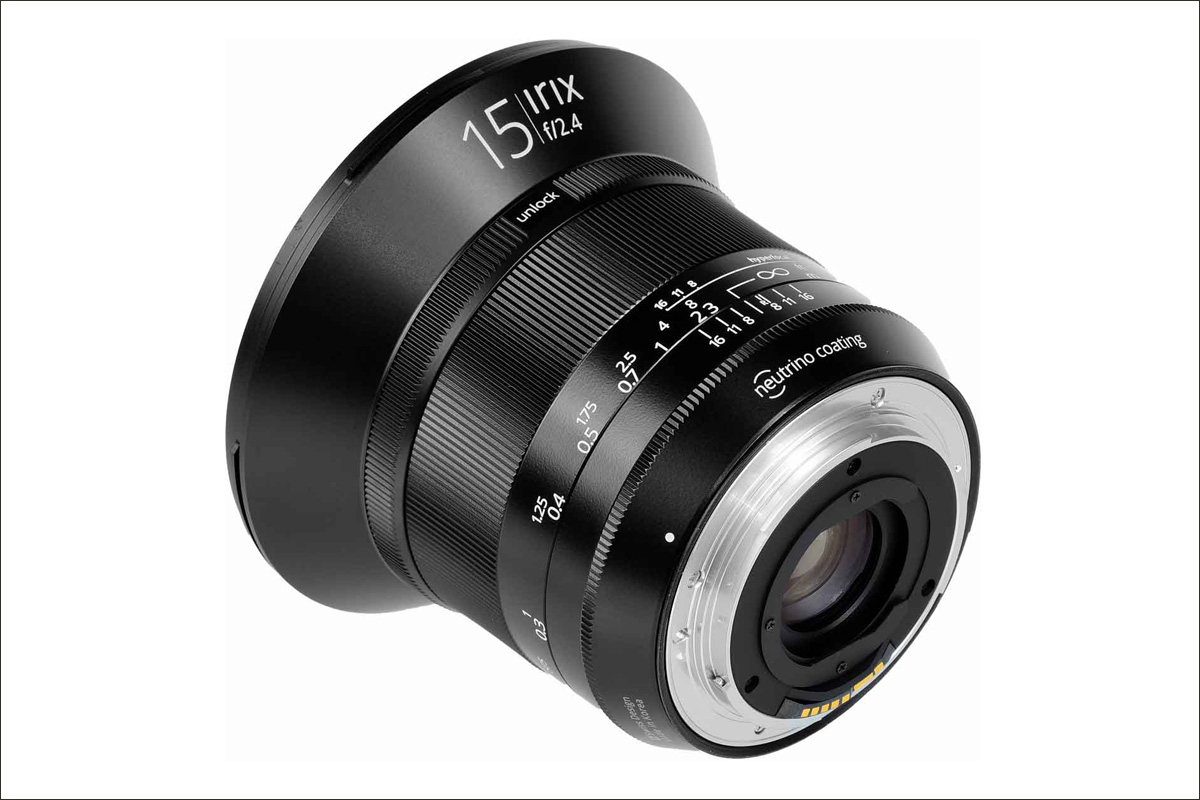 This beautifully-designed and sharp little wide-angle lens was a huge surprise to this long-time Canon lens user. The Irix 15mm f2.4 lens is offered in two models: the Blackstone (aluminum and magnesium alloy housing, weather-resistant exterior with inner seals for dust and moisture protection, engraved focus distance and depth of field scales, an anti-scratch finish, and hardshell case) and the Firefly (lightweight plastic exterior construction, rubber focus ring, printed focus distance and depth of field scales, and soft case). The optics of the two models, however, are identical. I was fortunate to recieve the Irix 15mm Blackstone mode with Canon mount. 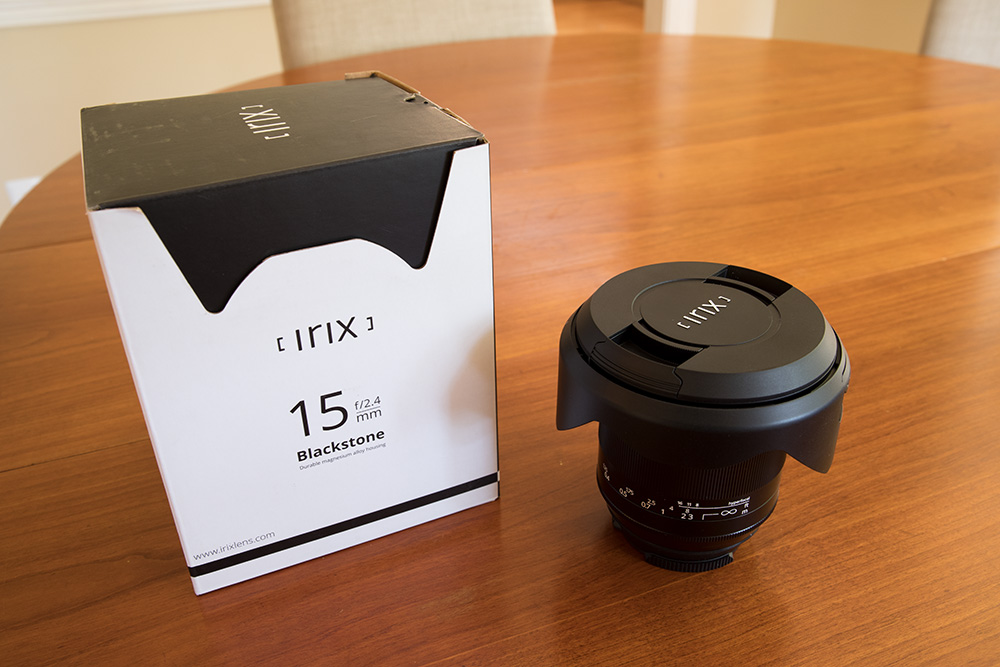 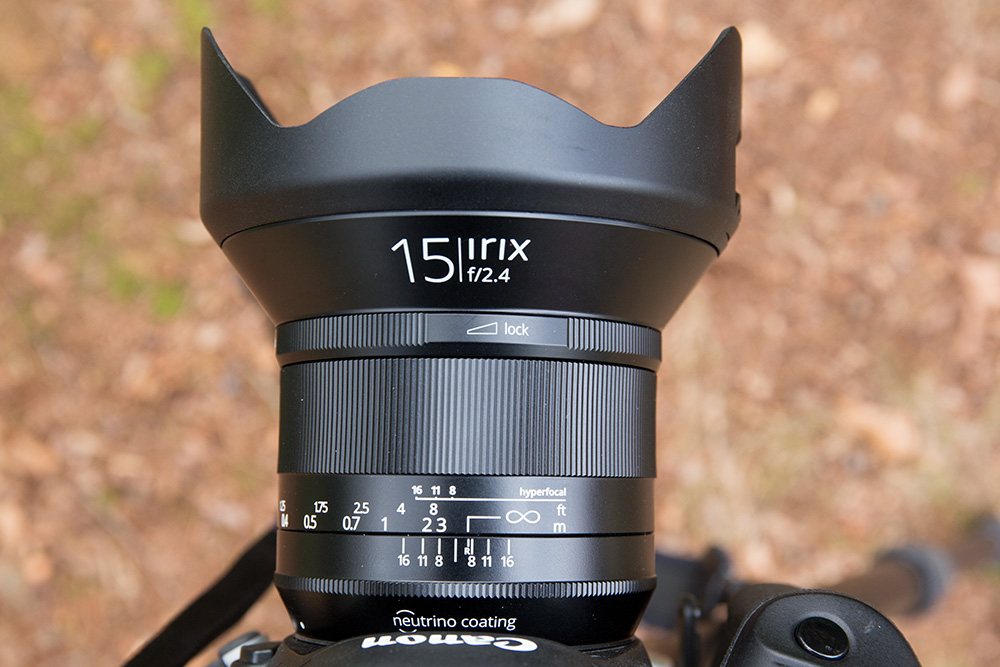 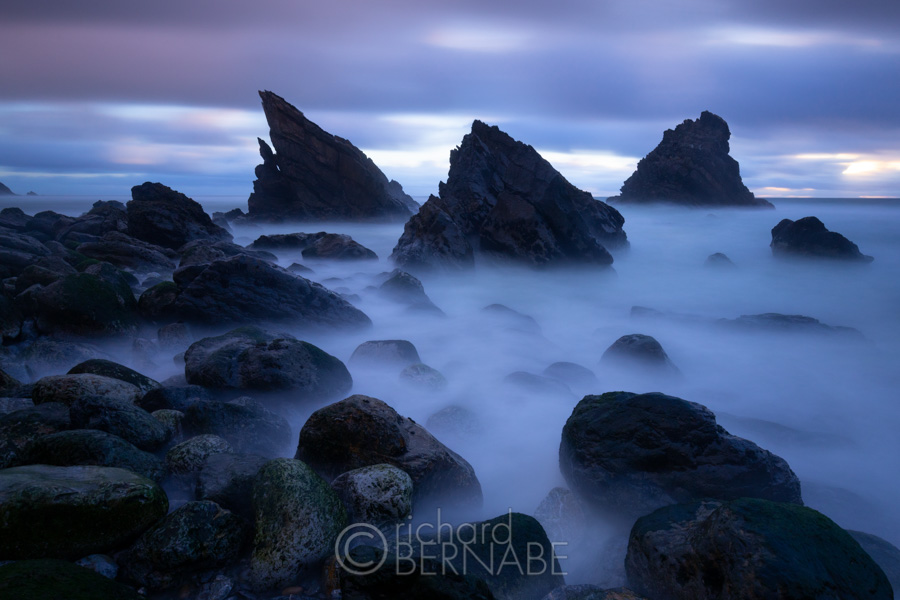 The Irix 15mm f/2.4 Blackstone Lens In the Field

The sharpness of this lens matches any of the Canon wide-angle lenses I regularly use, which includes the primes and the zooms. I must admit this was quite a (pleasant) surprise. When used wide open at f/2.4, the image center was acceptably sharp but the corners were noticeably soft. After stopping down to f/4, however, the entire image was impressively sharp from corner to corner. There was also noticeable darkness in the corners when I used it wide open but was was mostly gone by f/2.8 and completely gone by f/4. So it’s obvious that f/2.4 is not a strong aperture in which to work. For landscape photographers, this is a non-issue. At f/16, an aperture landscape photographers are much more likely to use, the image sharpness was every bit as good as my Canon 11-24mm at the same focal length.

Distortion was minimal and glare and ghosting when shooting directly into the lens was mostly under control. I wouldn’t say it was exceptional but it was definitely acceptable in this regard (no better or worse than some wide-angle lenses costing two or three times as much).

The one item that I’m sure will cause many photographers to pass on this lens is the lack of autofocus. For street photography, this might create a slight challenge to those photographers who grew up exclusively on autofocus, but to the older guys and gals, it will be no problem at all. Still, I see this as a landscape lens and I actually prefer to use manual focus anyway when capturing landscape images. The focusing ring is smooth with just the right amount of friction when turning. This lens also has a focus lock ring which allows you to maintain the selected distance by adjusting the friction ring to the locked position to keep the distance unchanged.

For filters, the Irix 15mm f/2.4 Blackstone lens gives you two options. The size of the front element is 95mm, which is an odd filter size. But there’s also a slot near the lens mount that allows a 30mm x 30mm gel filter, which not only ensures you won’t get any vignetting with a front filter but is also a much cheaper filter option as well. 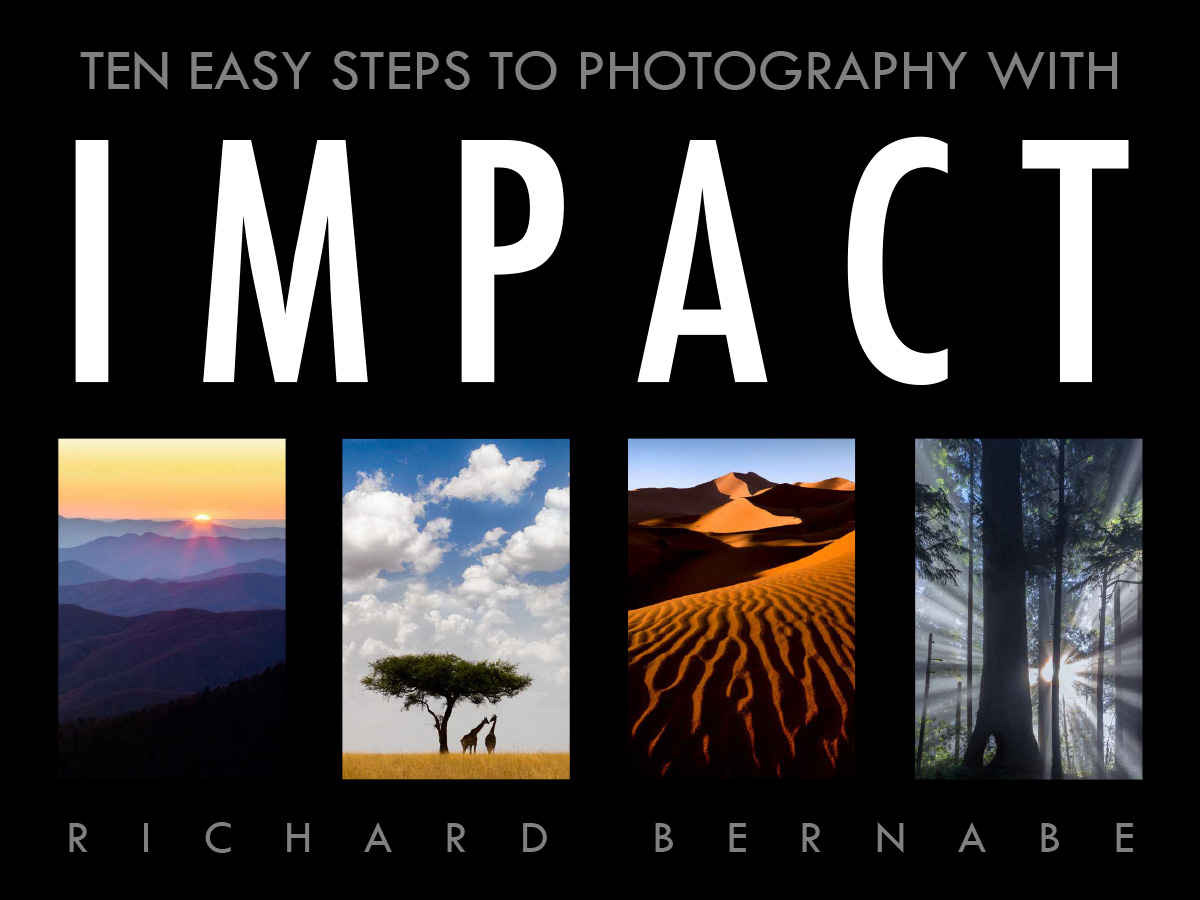 I can honestly say that I am pleasantly surprised at both the optical performance and the build quality of the Irix 15mm f/2.4 Blackstone lens. I can only speak for the Blackstone model and not the Firefly, however, but I understand the the optical quality is the same for each. The sharpness of this lens is on par with any wide-angle lens I’ve ever used with little distortion and only a small amount of vignetting at f/2.4. I had no problems with chromatic aberration, and when I aimed the lens into the sun, ghosting and flare were minimal. Some photographers might balk at the lack of autofocus, but for landscape photography – the application for which this lens is obviously meant – autofocus is not even a necessary feature. If you want a truly excellent wide-angle prime lens at a very reasonable price, this lens fits the bill.

Get yours here at Amazon:

In July 2017, I was interviewed by Irix USA and you can read that interview here: An Interview with Photographer and Adventurer Richard Bernabe. 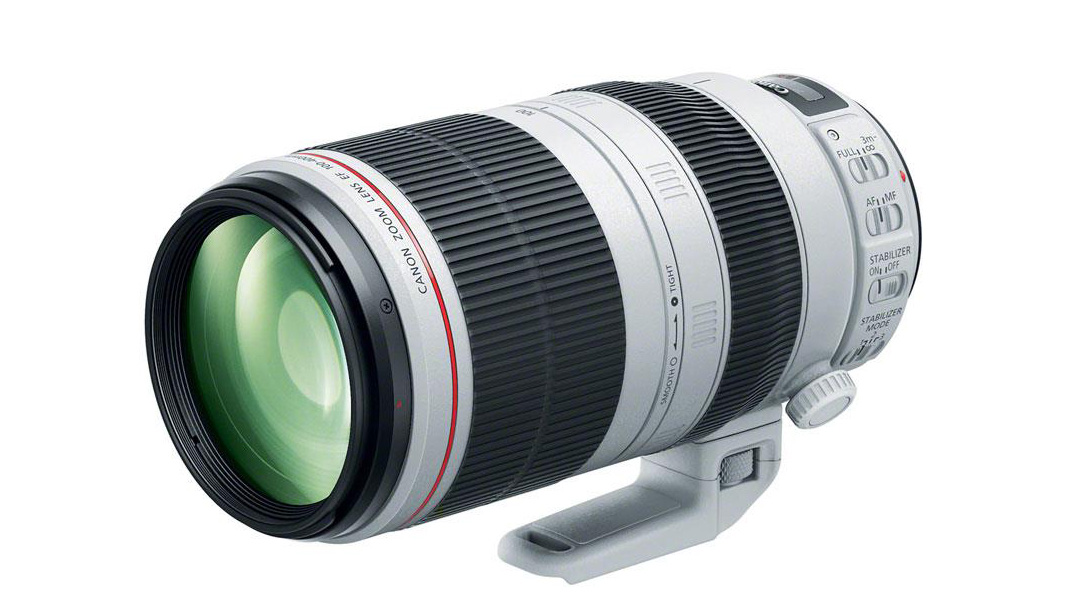 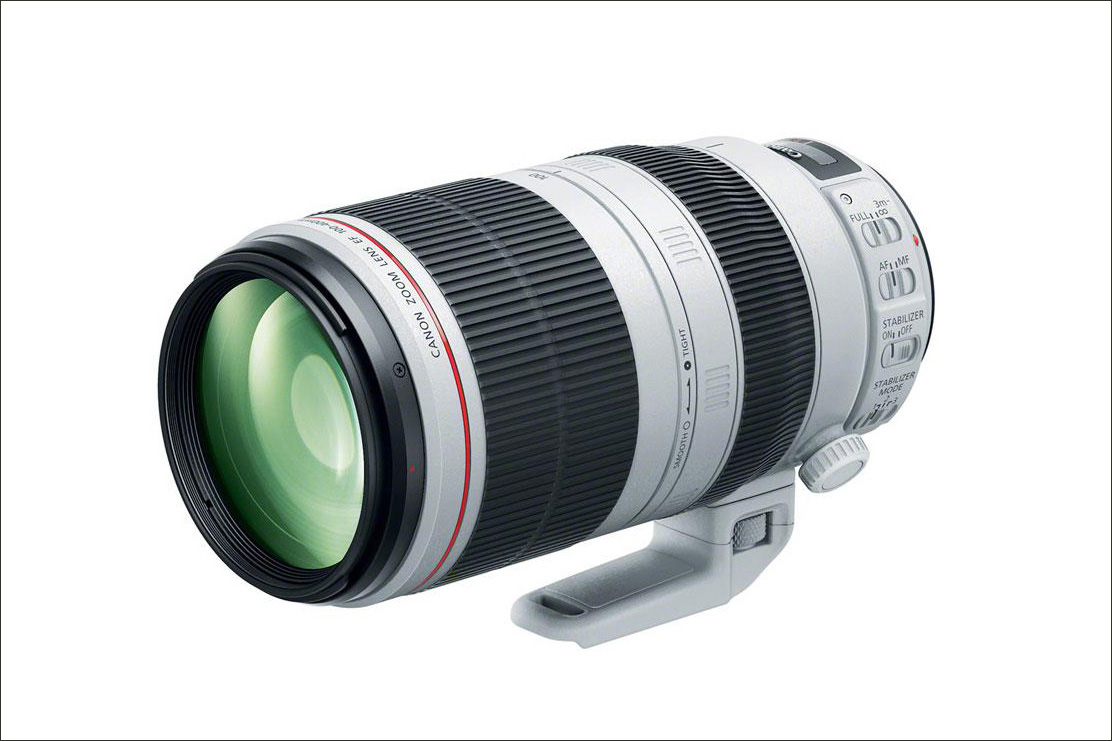 I recently completed an overseas photography trip to Iceland-Rwanda-Congo, which included some mountain gorilla photography in the volcanoes of Rwanda. Now normally for a trip that included some wildlife photography I would bring my favorite wildlife lens, the Canon EF 200-400mm f/4L IS USM Extender 1.4X. But as good as this lens can be, it’s also heavy and bulky. I didn’t want to haul it around Iceland for 2 weeks nor strap it to my back for the strenuous trekking through Rwanda’s Volcanoes National Park. Enter the Canon EF 100-400mm f/4.5-5.6L IS II USM lens.

The Canon EF 100-400mm f/4.5-5.6L IS II USM is a significant upgrade over the first version. Look, I love Canon lenses but I don’t offer uncritical worship and fealty to Canon by any means. So let’s just say it as plainly as possible: the first version of this lens was a mess. First, it lacked the sharpness of my other Canon lenses. Every objective and subjective analysis has proven this point. Second, I hated the design, particularly the “push-pull” zoom feature. Let’s give thanks to the engineers at Canon for shelving this design blunder when they began drawing up the blueprints on the new Canon EF 100-400mm f/4.5-5.6L IS II USM. 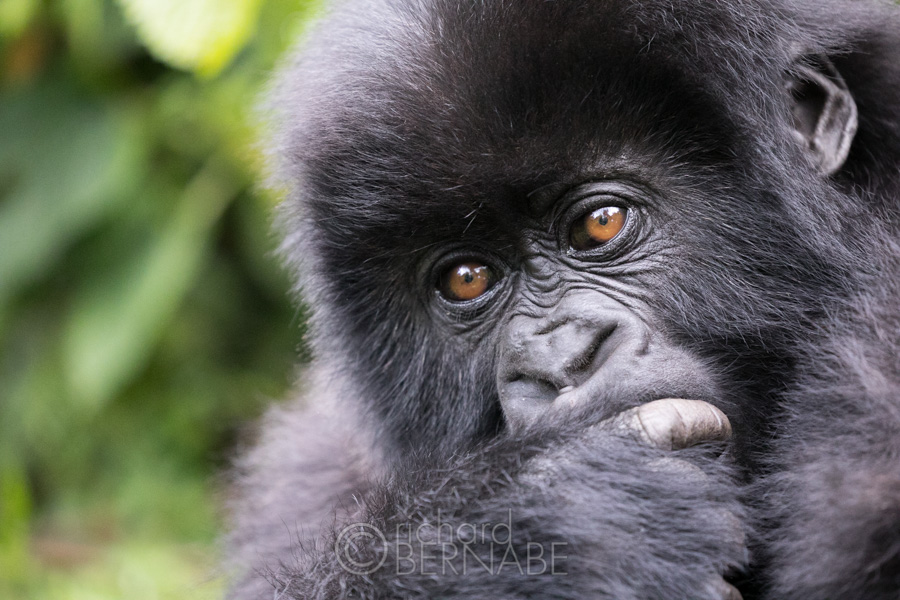 The Canon EF 100-400mm f/4.5-5.6L IS II USM was introduced in late 2014 and replaced its inferior predecessor, which had been in circulation since 1998 (!) The Canon EF 100-400mm f/4.5-5.6L IS II USM is sharper (this is not even open for debate), a bit heavier (3.56 lbs. versus 3.27), and much better designed than the first version. In addition to the improvement in the awful “push-pull” zoom design, the newest version has metal filter threads on the front element – a small but important upgrade for those (like me) who do use filters. In that regard, Canon thankfully retained the 77mm front element filter size for this upgrade.

The lens is intuitive to use and it focuses very fast. This is another improvement over the previous version. I can use this lens (as opposed to a big, heavy super telephoto lens) when the need to handhold arises. See the gorilla photo above. I have handheld my 200-400mm before but only for very short periods of time. This lens makes it easy and comfortable.

At right: Abstract patterns of the lava lake inside the crater of Mount Nyiragongo, Virunga National Park, Democratic Republic of the Congo. Canon EOS 5D Mark IV, Canon EF 100-400mm f/4.5-5.6L IS II USM lens @ 400mm, 1/200 second @ f/10, ISO 2000. The hike to the volcano’s rim is long, uphill, and very challenging so I appreciated the light weight of this impressive telephoto lens. This lens in NOT only for wildlife! 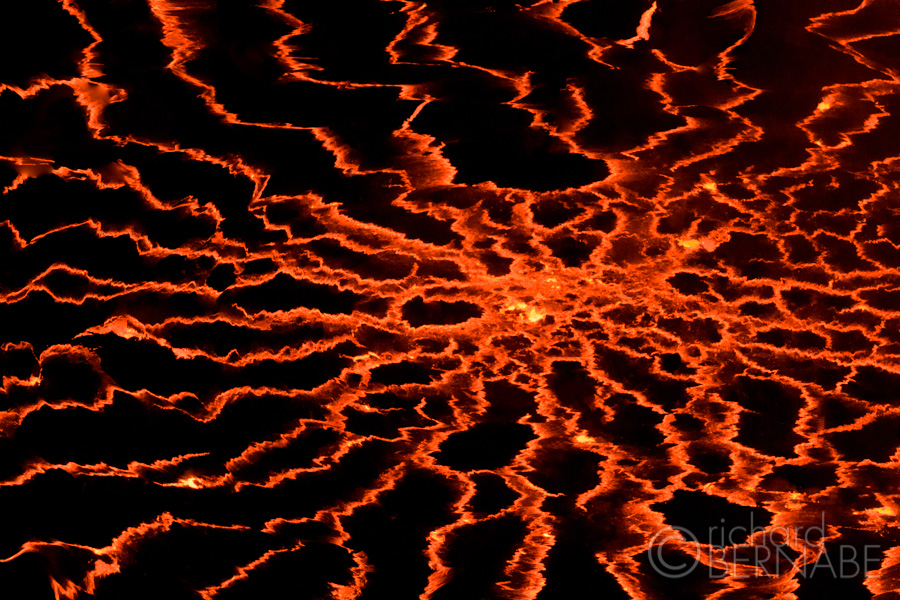 Here are the primary ways in which the Canon EF 100-400mm f/4.5-5.6L IS II USM has improved over its predecessor: improved optics (21 elements in 16 groups versus 17 elements in 14. It’s also noticeably sharper, as I mentioned), comprehensive weather sealing versus being only partly sealed, improved image stabilization with a 4-stop benefit versus only 2, conventional twist-ring zoom versus the atrocious old push-pull design, nearly half (!) the minimum focusing distance (98 centimeters versus 180), and a faster autofocus drive. 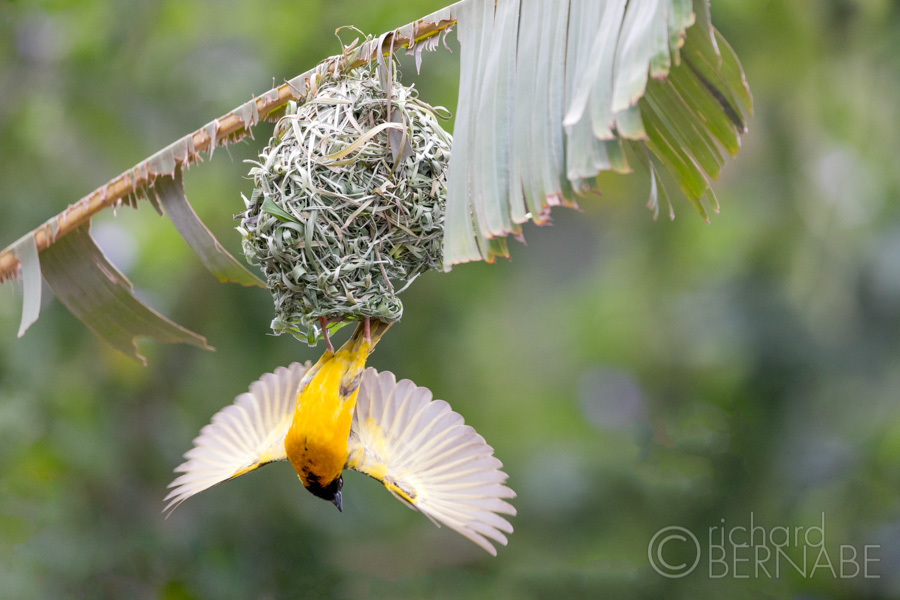 Even though I bought this lens for this specific trip, I’ve decided to keep it as a complementary piece to my 200-400mm when I need to handhold shots or don’t want to carry a bulky, heavy lens to where I happen to be traveling. If you still own the first version, there is no good reason not to upgrade. It belongs in every serious wildlife photographer’s camera bag.