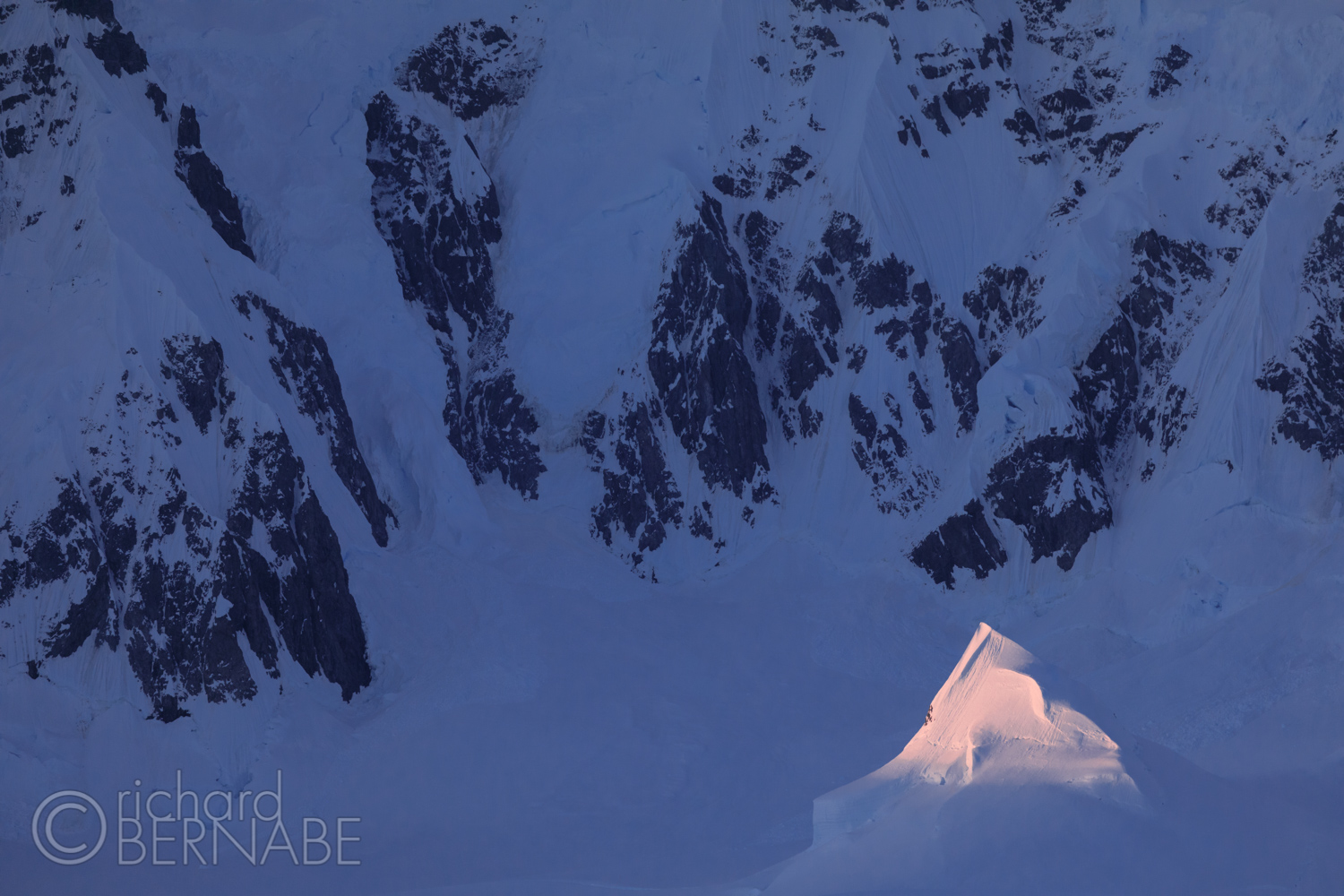 In early 2019, I was casually mugged by a teenaged reggae enthusiast in broad daylight while traveling in Mexico. Thin, lanky, with hollowed-out cheeks and a wolfish face, this young Bob Marley acolyte donned an oversized Rasta beanie and black tee shirt emblazoned with Marley’s visage and the suddenly appropriate words in block letters:

Under the shirt, he kept one hand concealed, which for my sake was to imply a weapon of some sort. I happily obliged, giving him everything on my possession at the time: a first-generation iPad and two 100-peso bills (about twelve US dollars) each of which, before this interruption, were to help me score a mid-morning espresso in the city center of La Paz. This led to an uncomplicated, if not one-sided, transaction between me and the petty thief.

Expect the unexpected might be a tired cliché but that doesn’t make it any less true, particularly with regard to travel. Planning is admirable and always recommended but you should also assume that most of your plans will eventually be replaced by improvisation and gut instinct. Expect the unexpected. But why is the unexpected always biased toward the bad, negative, disappointing, tragic, or catastrophic? Bad travel experiences always eclipse the good ones because they make for better stories afterwards. No one wants to hear your boring tale about how smoothly your trip went off. No one.

Vehicle breakdowns, sickness, missed or cancelled flights, getting lost or even robbed are not necessarily to be expected but are never a total surprise either. My approach to the unforeseen and accidental is to remain calm, stoic, and philosophical as possible. This was expected after all, right? Besides, never in the entire known history of human travel has throwing a tantrum and acting like a spoiled, entitled tourist ever fixed a thing. Take a detached perspective of the situation as a curious bystander might do. It can be interesting or even slightly amusing if you don’t take the turn of fate too personally. It might actually be funny if not for the fact it was happening to you at that very moment. Rest assured, however, you will be able to laugh about it later.

On the dusty streets of La Paz, I wondered how Marley would feel about not only being a witness to this unfortunate situation but an unsuspecting accessory as well. I glanced at the shirt of my antagonist and imagined Bob wearing a pained frown of disapproval. He might even have said, don’t worry…

When the boy suggested that he follow me back to the hotel, presumably for the promise of a bigger and better haul, a wave of panic flooded over me. I looked him in the eyes, shook my head and emphatically said, “No.” No means no in either English or Spanish so he threw both hands up in the air (revealing there never was a weapon), backed away, and disappeared into the steamy La Paz landscape.

I hastily pulled myself together, checked to see if anyone had been watching, and returned to my room for more pesos. Coffee delayed was not going to be coffee denied and yes, every little thing was gonna be alright.

So, now on to some happier moments from this past year.

But what of silver silken blade? I know this image isn’t everyone’s cup of tea, but it sure is mine: moody and mysterious with just a glimmer of hope, glorious details of the Antarctic landscape combined with graphical abstract qualities as well. Canon EOS 5D Mark IV, Canon 100-400mm @ 349mm, 1/1000 second @ f/6.3, ISO 1000. 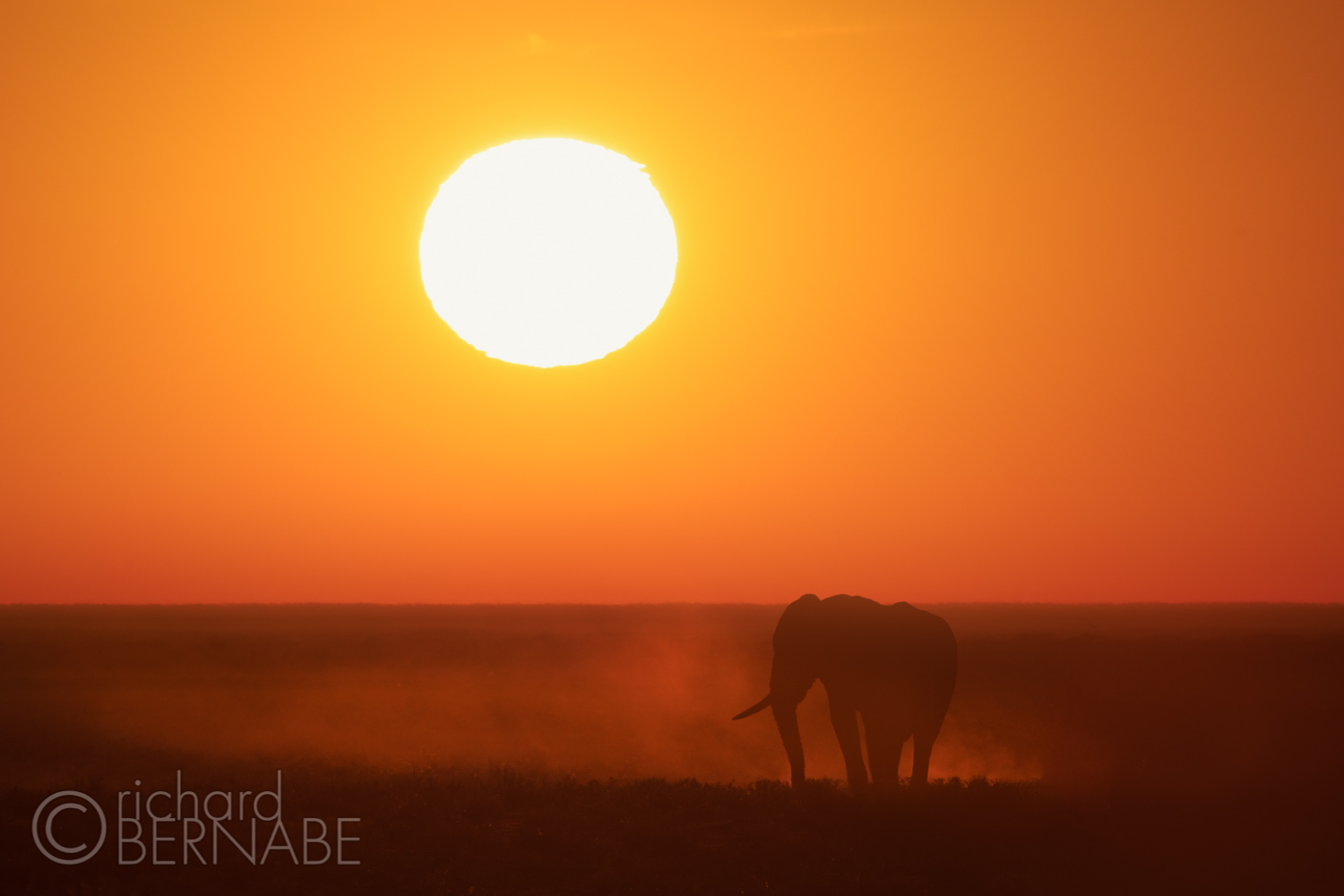 A big African sunrise over the Etosha Plains with a lone elephant kicking up a little dust for some lighting drama. Compositionally I like a asymmetrical balance created by counterpoising the two primary visual elements but I hate the horizon cutting right through the top of the elephant. Bad form by me. Canon EOS 5D Mark IV, Canon 200-400mm w/ 1.4x @ 560mm, 1/1250 second @ f/11, ISO 100. 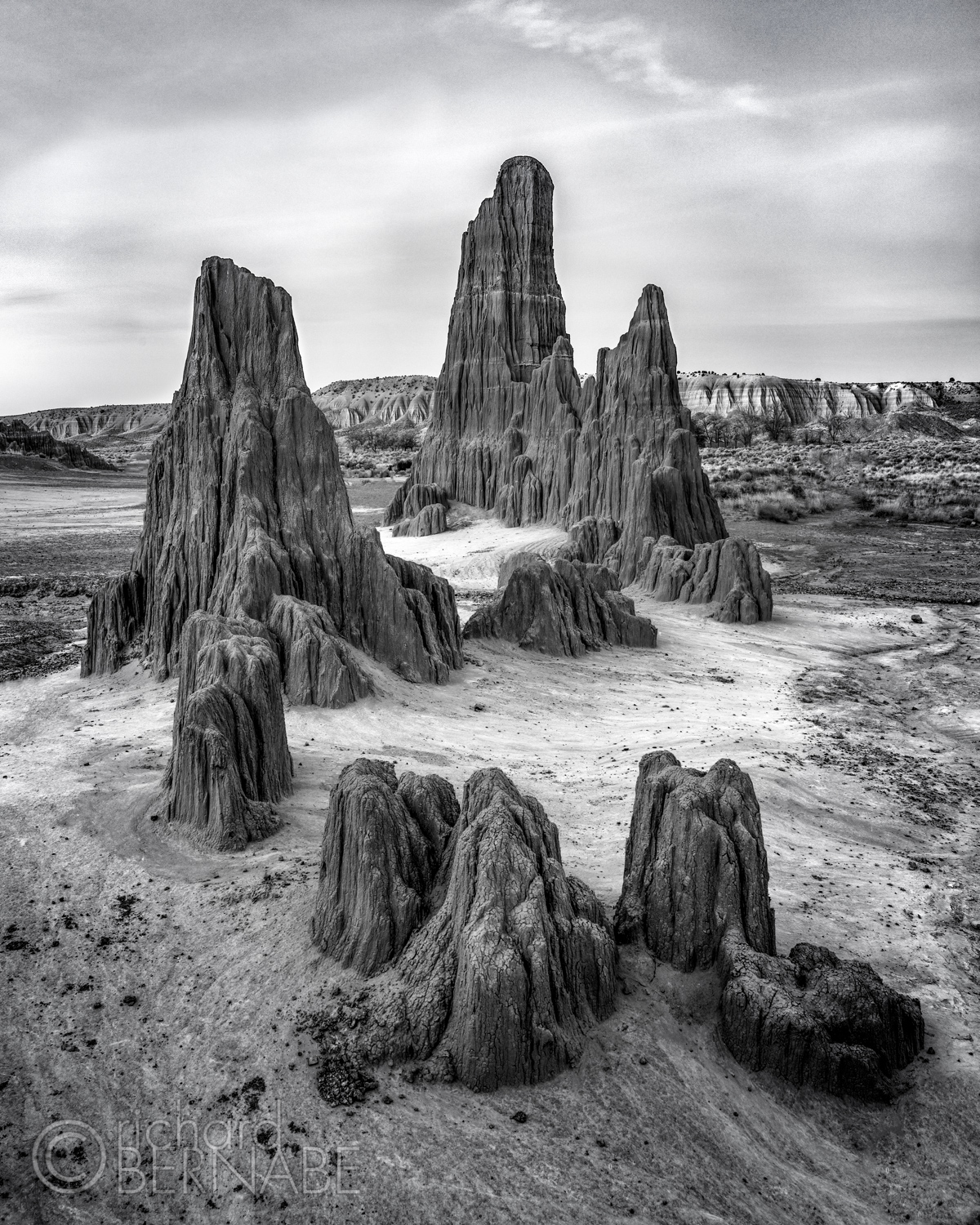 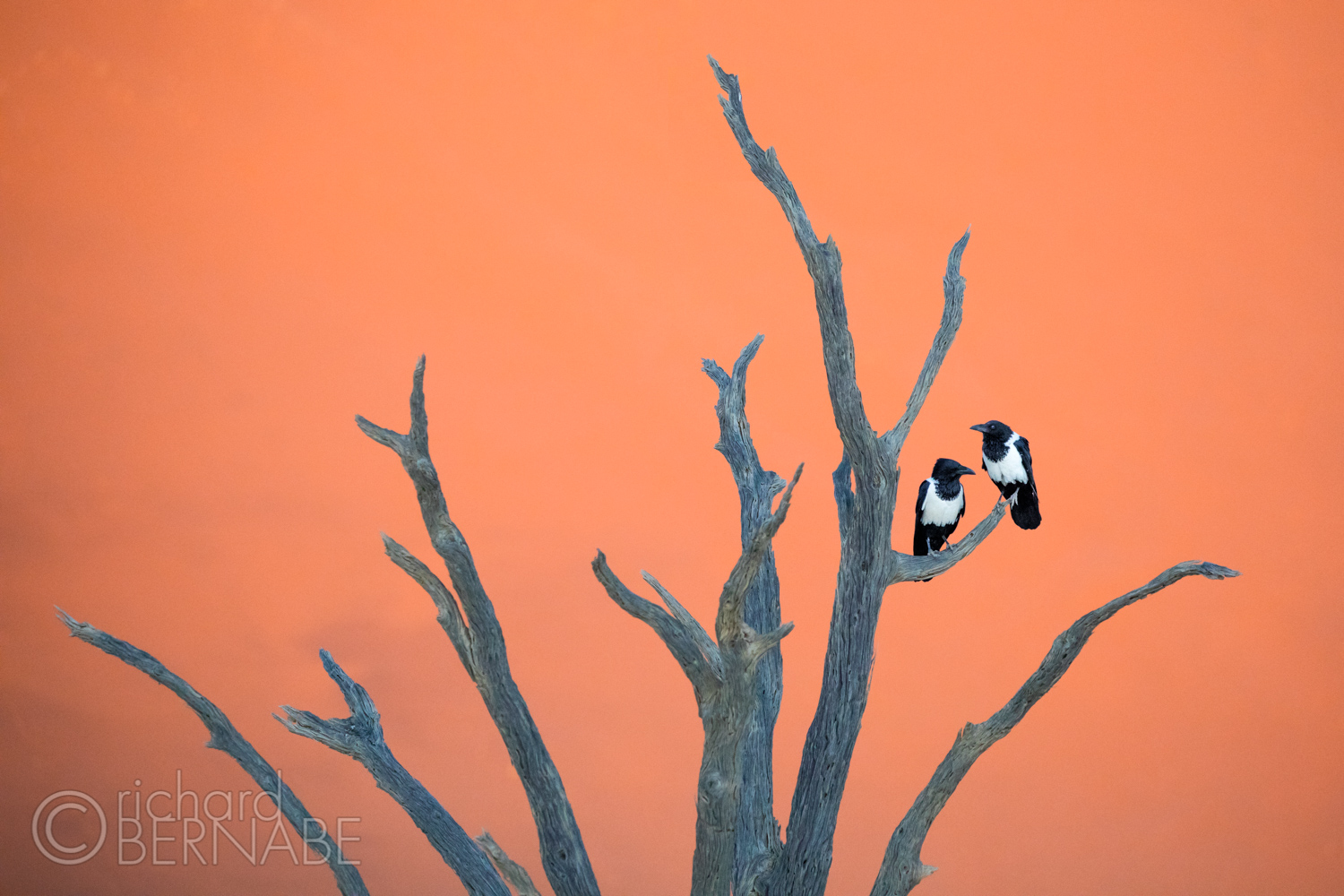 I’ve been to Deadvlei countless times and it’s highly unusual to see any living things in this surreal place. After the sun set and there was no light other the the glow on the orange dunes, two pied crows set upon one of the most photogenic trees in the valley. This is why I carried my telephoto lens up and over the dunes. Canon EOS 5D Mark IV, Canon 100-400mm @ 248mm, 1/1250 second @ f/5, ISO 2000. 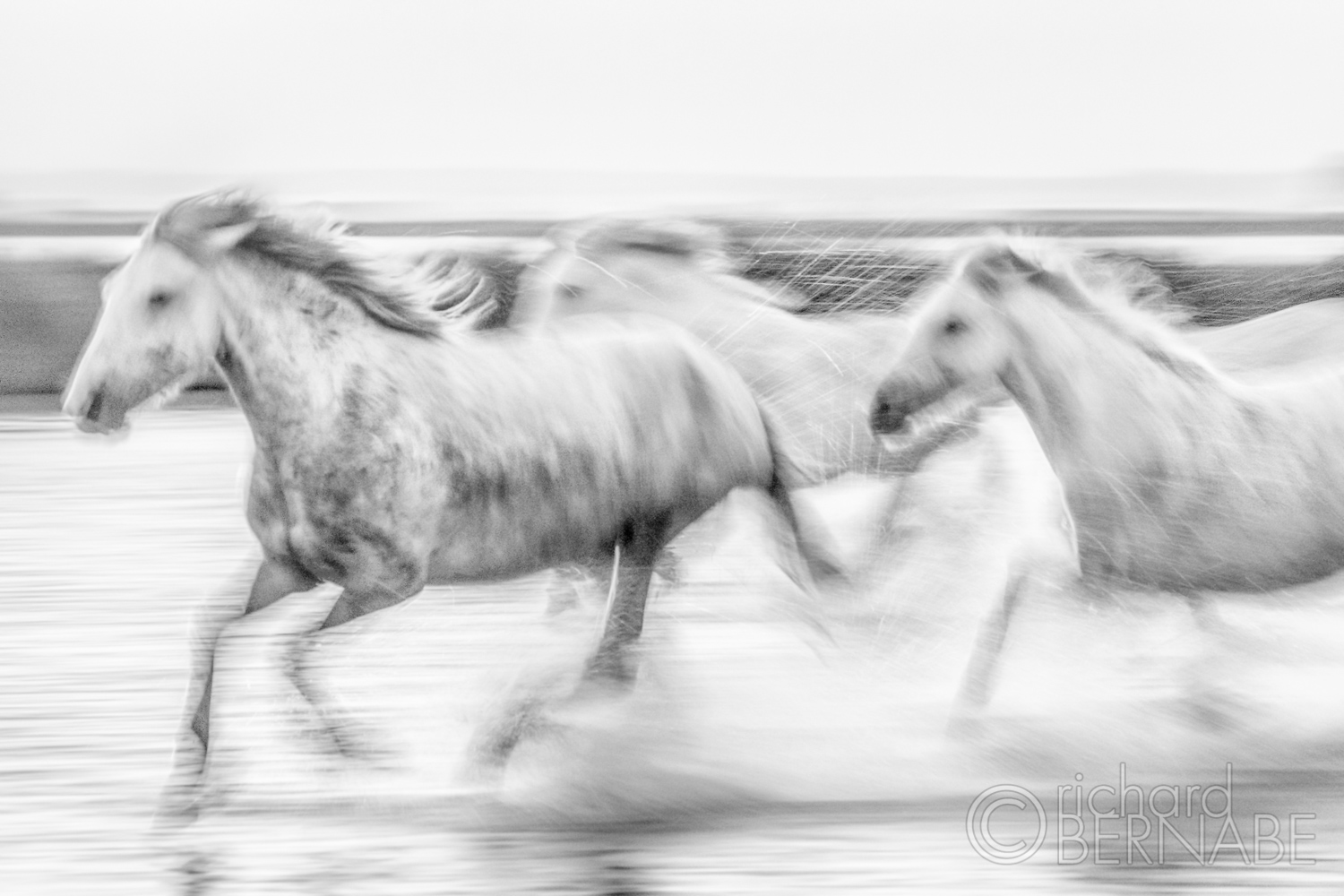 “She said, there isn’t even any road, our destiny was bound” 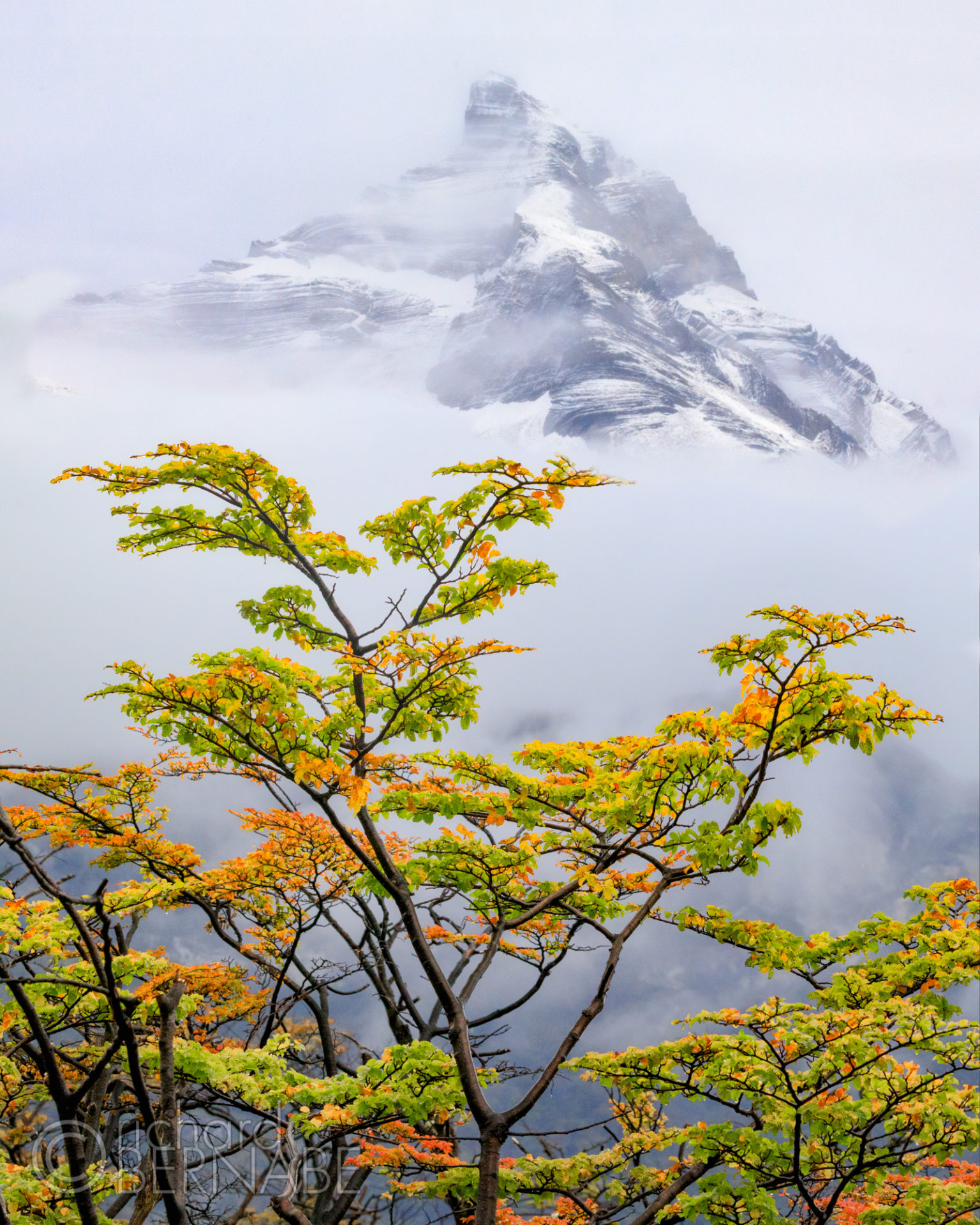 Meraki is a word used to describe doing something with soul, creativity, or love. On the day I created this image it was cold, wet, and misty, with fog rolling in and out of the mountains, keeping them concealed for most of the time. In other words, it wasn’t the best of conditions. Then I found this composition and I created something new and meaningful, at least for me in this location. I was exhilarated! I remember thinking at that moment, “Holy #%*& I love what I do!” I might have even uttered it out loud. Canon EOS 5D Mark IV, Canon 100-400mm @ 135mm, 1/1250 second @ f/16, ISO 1600. 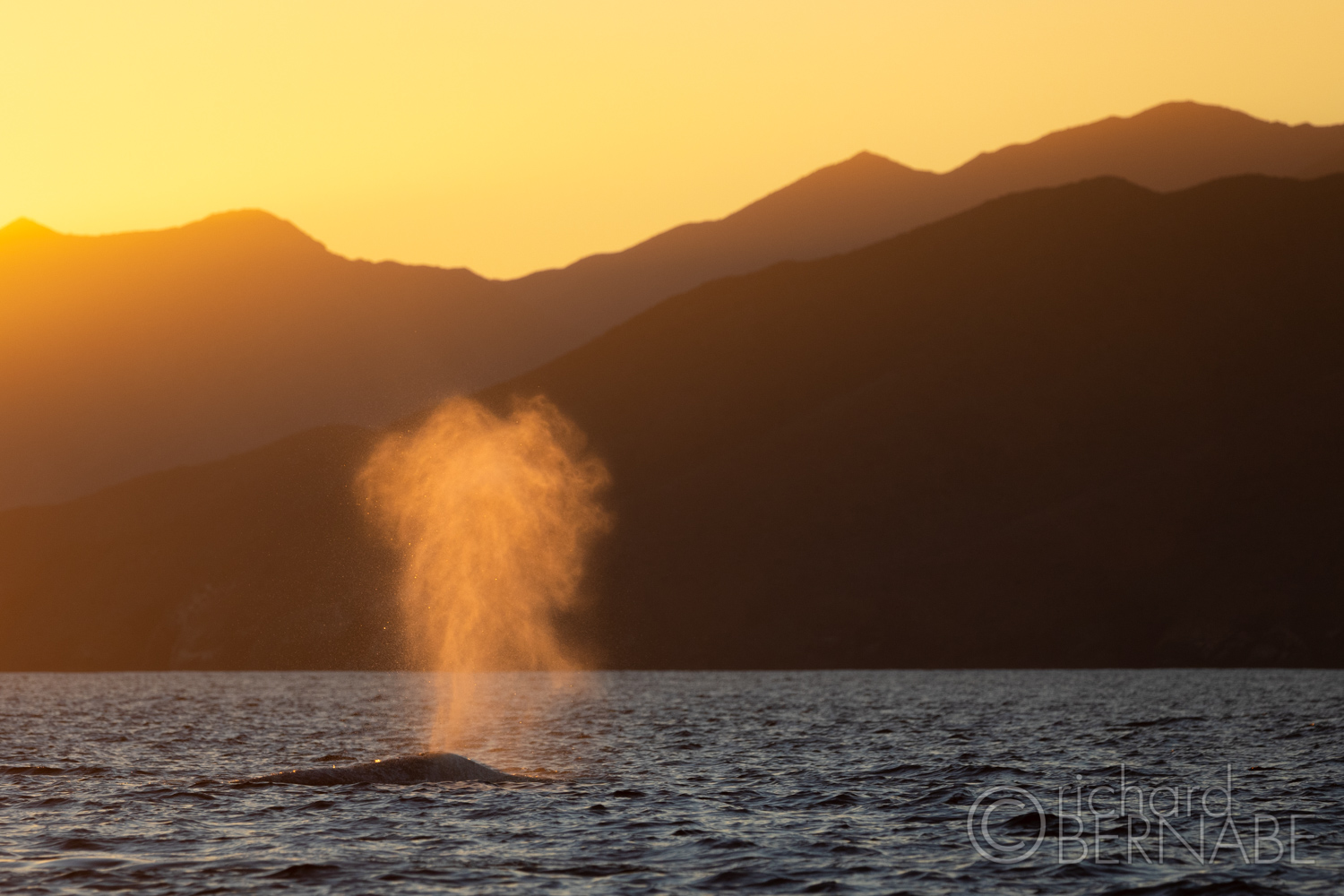 There’s an almost zen-like quality to this photo: a wildlife image with no conspicuous wildlife subject? It’s understood. I kind of like that. Despite the many images from this trip with whales in the water and in the air, this photo captured how I felt more than any of the other crowd favorites. This is a gray whale spouting at sunrise in Magdalena Bay, which is protected from the Pacific Ocean by the remote, sandy barrier islands of Isla Magdalena and Isla Santa Margarita. Canon EOS 5D Mark IV, Canon 100-400mm @ 263mm, 1/1000 second @ f/5.6, ISO 500. 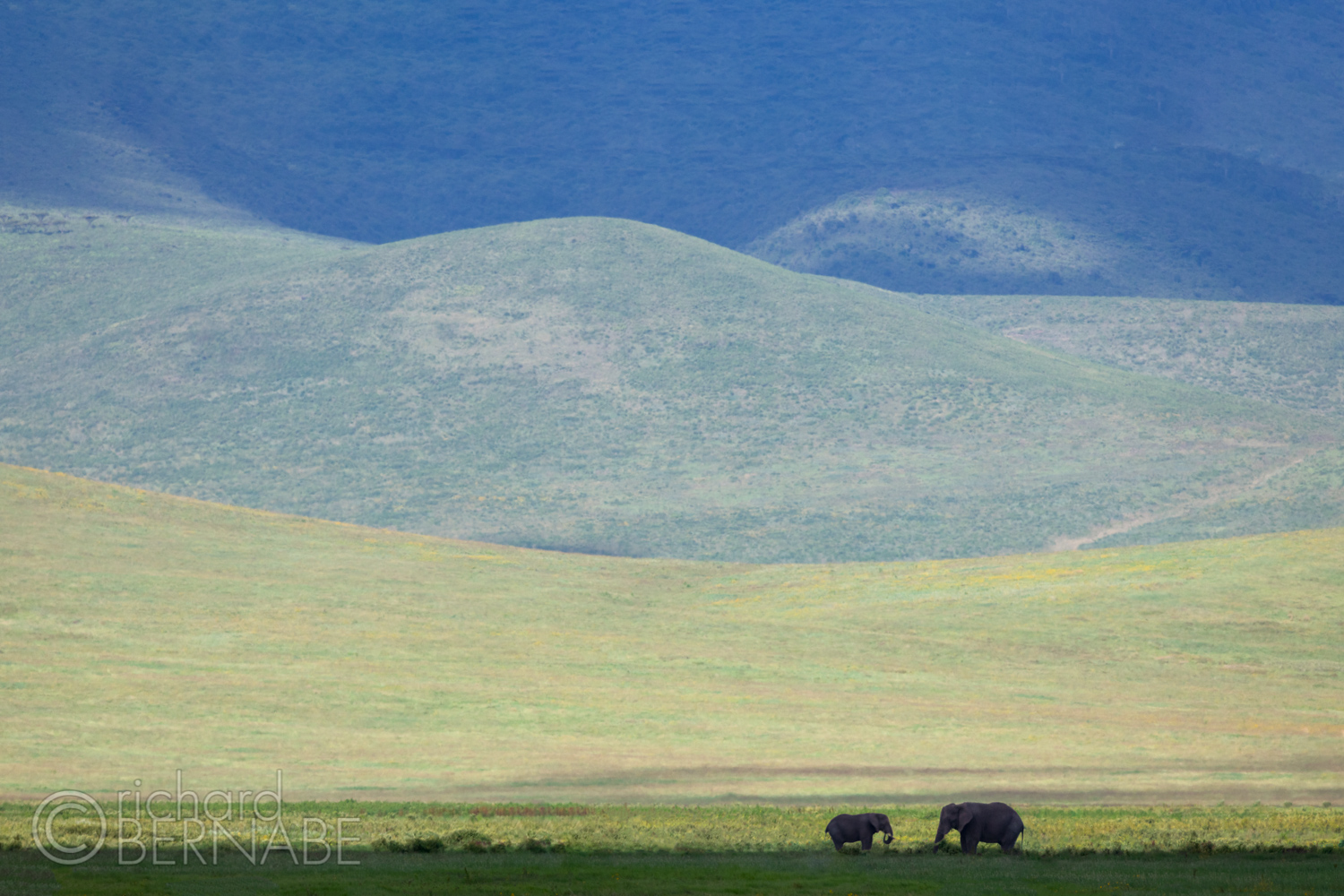 In Tanzania’s Ngorongoro crater, the hills (actually the crater walls) are never quite out of sight. Here you lack the big skies of the Serengeti but the multi-hued hills with the chiaroscuro lighting in the late afternoons are the type of palettes I prefer. Canon EOS 5D Mark IV, Canon 200-400mm @ 490mm, 1/1250 second @ f/6.3, ISO 250. 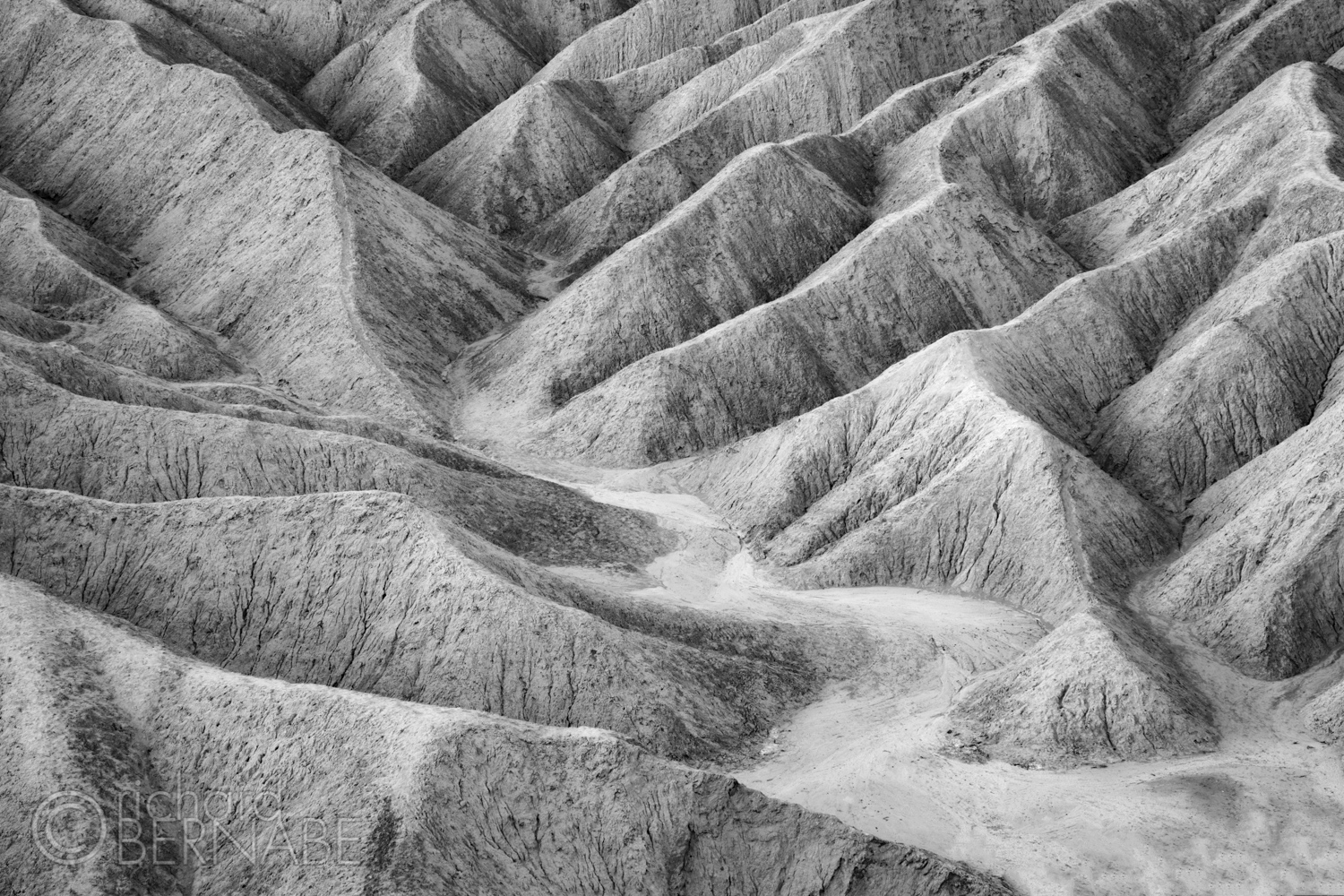 It’s all about texture and movement here. The texture is obvious upon arriving at the scene but it’s also somewhat chaotic at first sight. What makes the image work for me is the visual movement. The subtle diagonal, left-to-rightward flow carries the eye through the frame like dancing barefoot through the desert. Canon EOS 5D Mark IV, Canon 24-105mm @ 91mm, 1/10 second @ f/14, ISO 200. 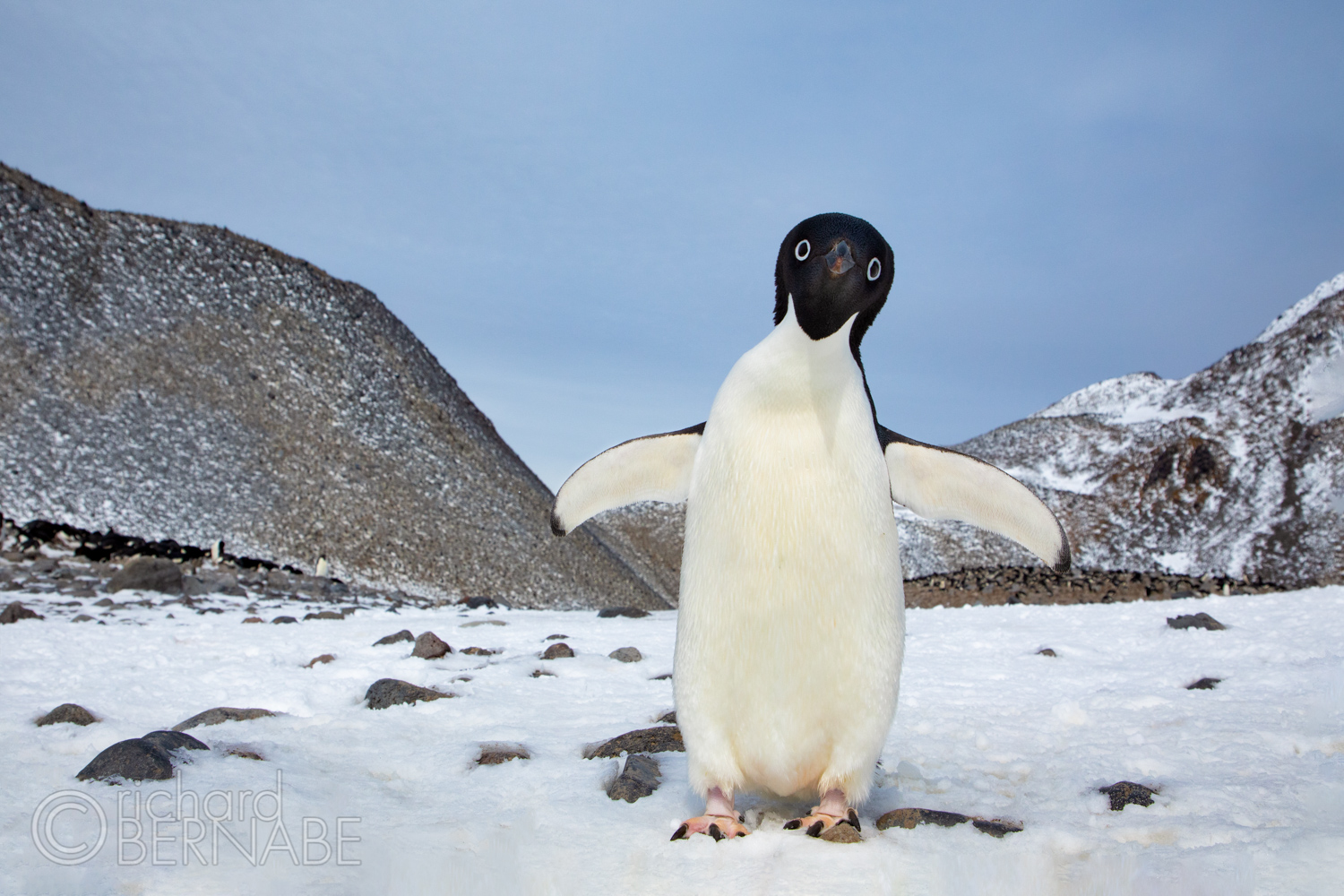 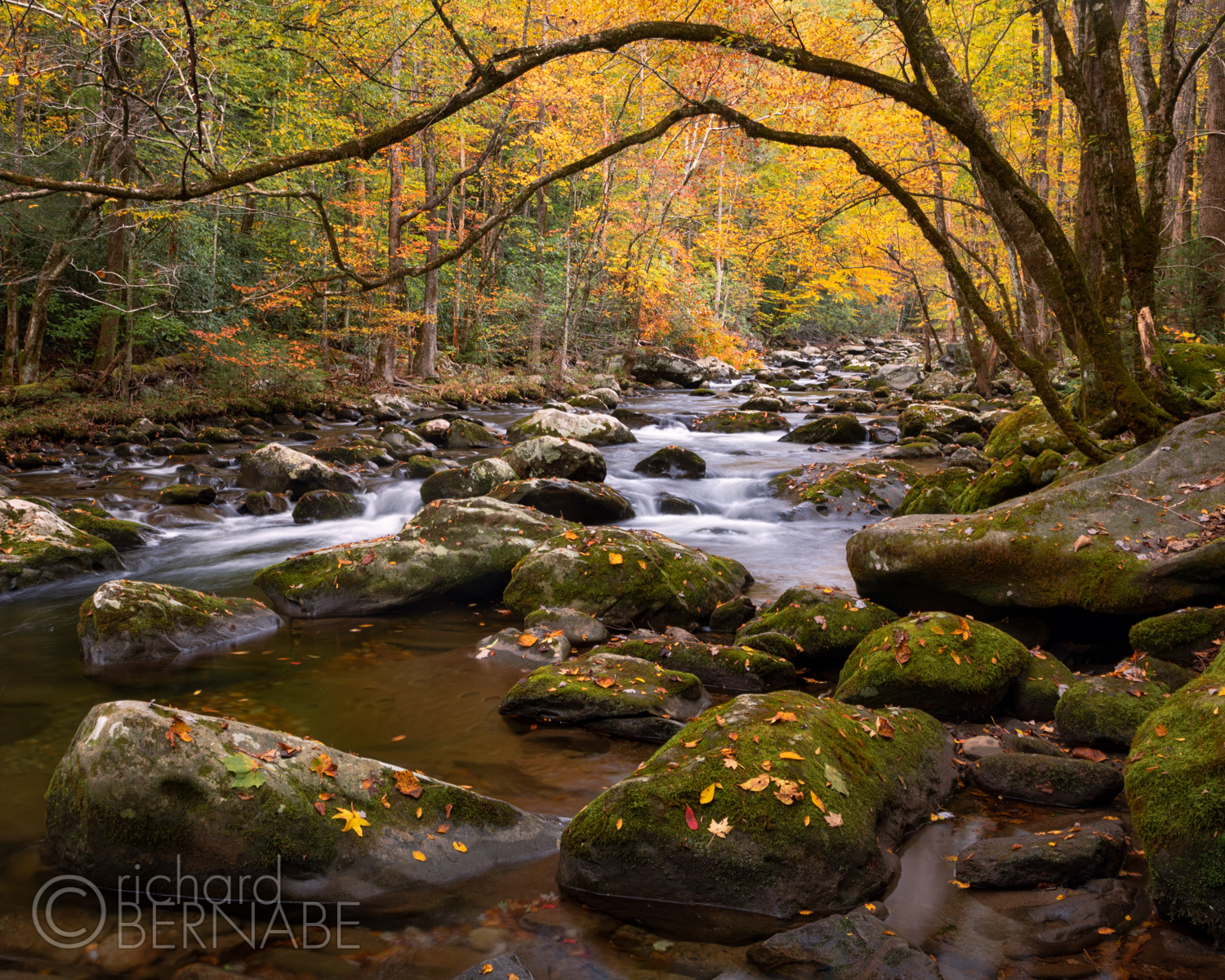 You can check out my Favorite Images of 2018 here as well.

Follow all of my adventures by signing up for my monthly newsletter.

Richard Bernabe is a professional photographer specializing in travel, wildlife, and nature as well as an author of books, magazine articles, and travel essays published world-wide. Richard is a global influencer in the fields of photography, travel, and wildlife conservation with more than one million followers on social media platforms. He leads several photography tours and workshops all over the world and is invited to speak to photography and conservation groups all across the globe. For more great information on new images, gear reviews, book projects, and photography workshops and tours, Sign Up For Our Newsletter.