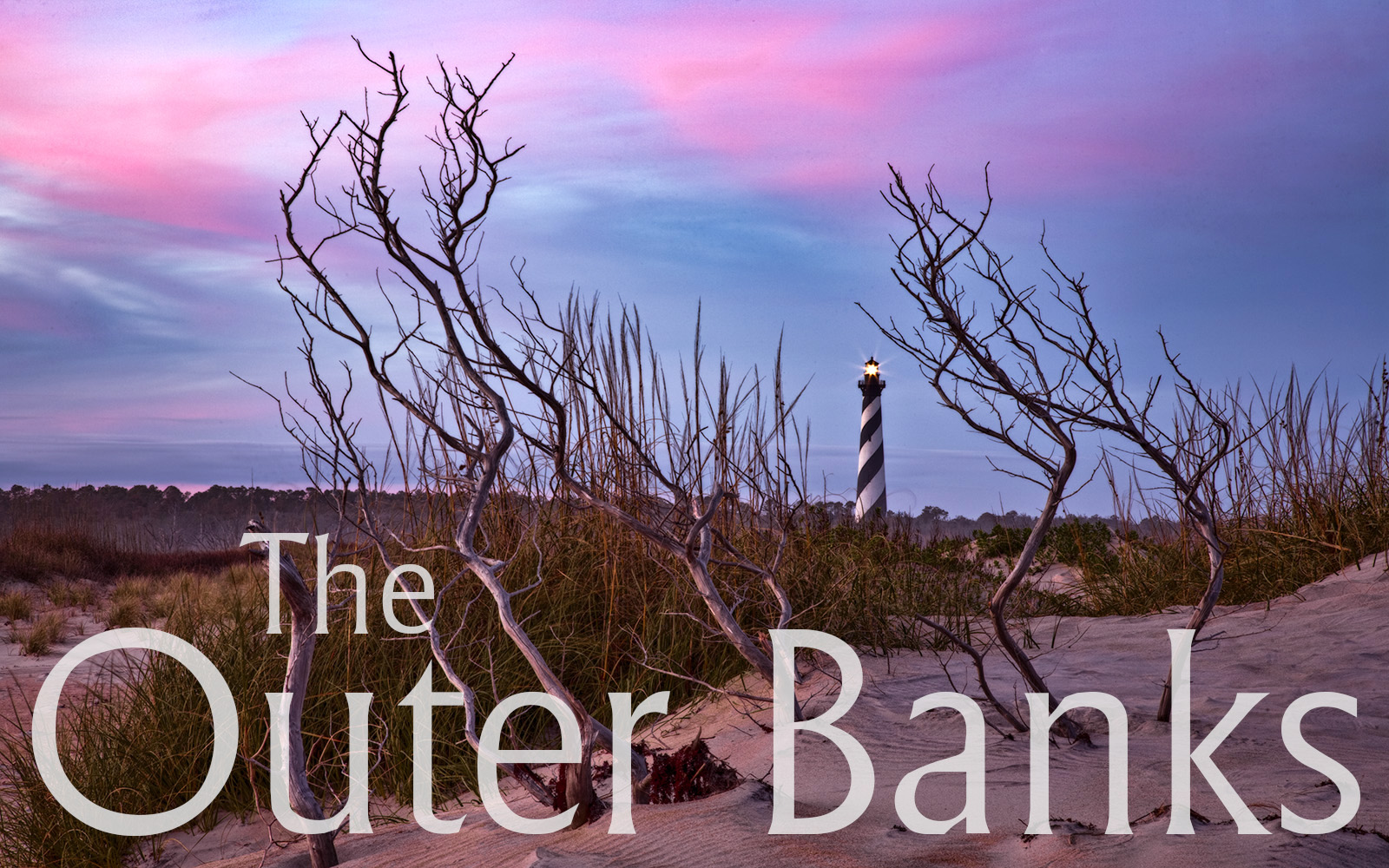 North Carolina’s Outer Banks is a land both infinitely brutal and beautiful. For 125 miles, this narrow ribbon of barrier islands stretches from the Virginia state line south to Ocracoke Island, giving protection to the mainland from the raging Atlantic. In return for this natural amenity, the islands are the recipient of a safe harbor as well, by way of the establishment of the Cape Hatteras National Seashore, America’s first such designation.

The most extensive stretch of undeveloped beach on the eastern seaboard, this wild and untamed verge of tidal forces and nomadic sand is at the mercy of nature’s primal forces – wind and water. When viewed on a map or from above, these islands display a stunning composition of coastal geography, boldly protruding into the Atlantic like the chin of a cocky prizefighter, daring each passing storm to give it their best punch. Its best defense is clever passivity, dodging and weaving, bending yet never quite breaking to the will of nature. This reality is a boon to the landscape photographer, as each new visit reveals yet a new wrinkle to the landscape. It’s never the same place twice. 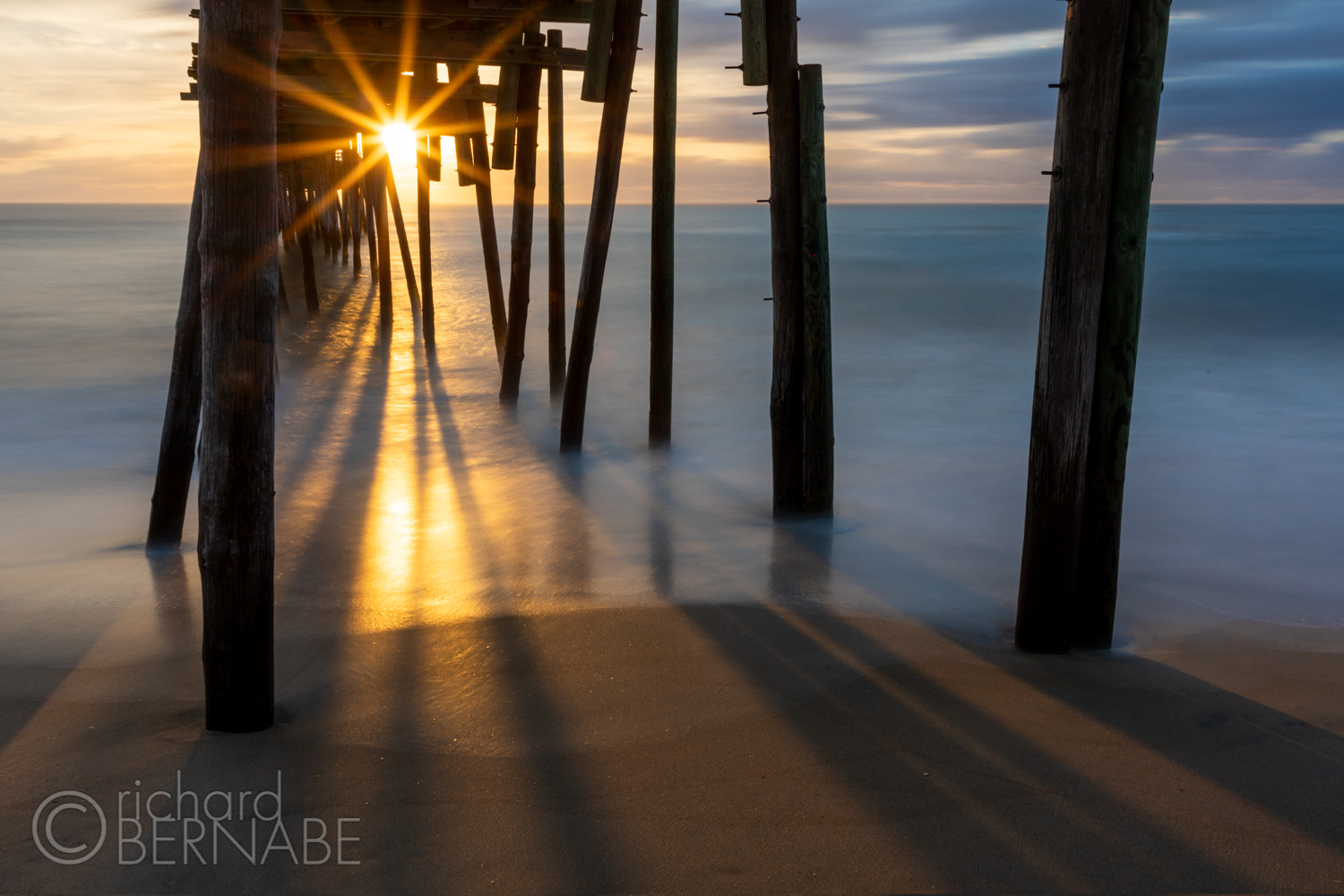 Nowhere is this change more evident than at the immense sand dunes at Jockey Ridge State Park near the town of Nags Head. Here stand the tallest sand dunes on the East Coast, many approaching 150-feet high. Wind whips the sand into slithering granular waves that reshape the massive dunes right before your very eyes. A climb to the top offers 360-degree views of the Atlantic Ocean to the east, oak forests to the north and south, and the Pamlico Sound to the west. This is a classic sunset location where compositions with foreground dunes and the setting sun over the sound are possible.

Water is never very far away when you are photographing these narrow islands. The Atlantic Ocean dominates the Outer Banks, influencing the weather, land, its flora, and fauna. The sounds and their fertile salt marshes are within sight even from the ocean side of the islands. Landscapes images with water as a primary element are possible almost anywhere and are only limited by your imagination and vision.

Sunrises and sunsets over glistening water are legendary and both can often be captured from the very same vantage point. Even Orville Wright stepped away from his plane engine from time to time at his workshop in Kitty Hawk to observe, “The sunsets here are the prettiest I have ever seen. The clouds light up with all the colors, in the background, with various shapes fringed with gold.” 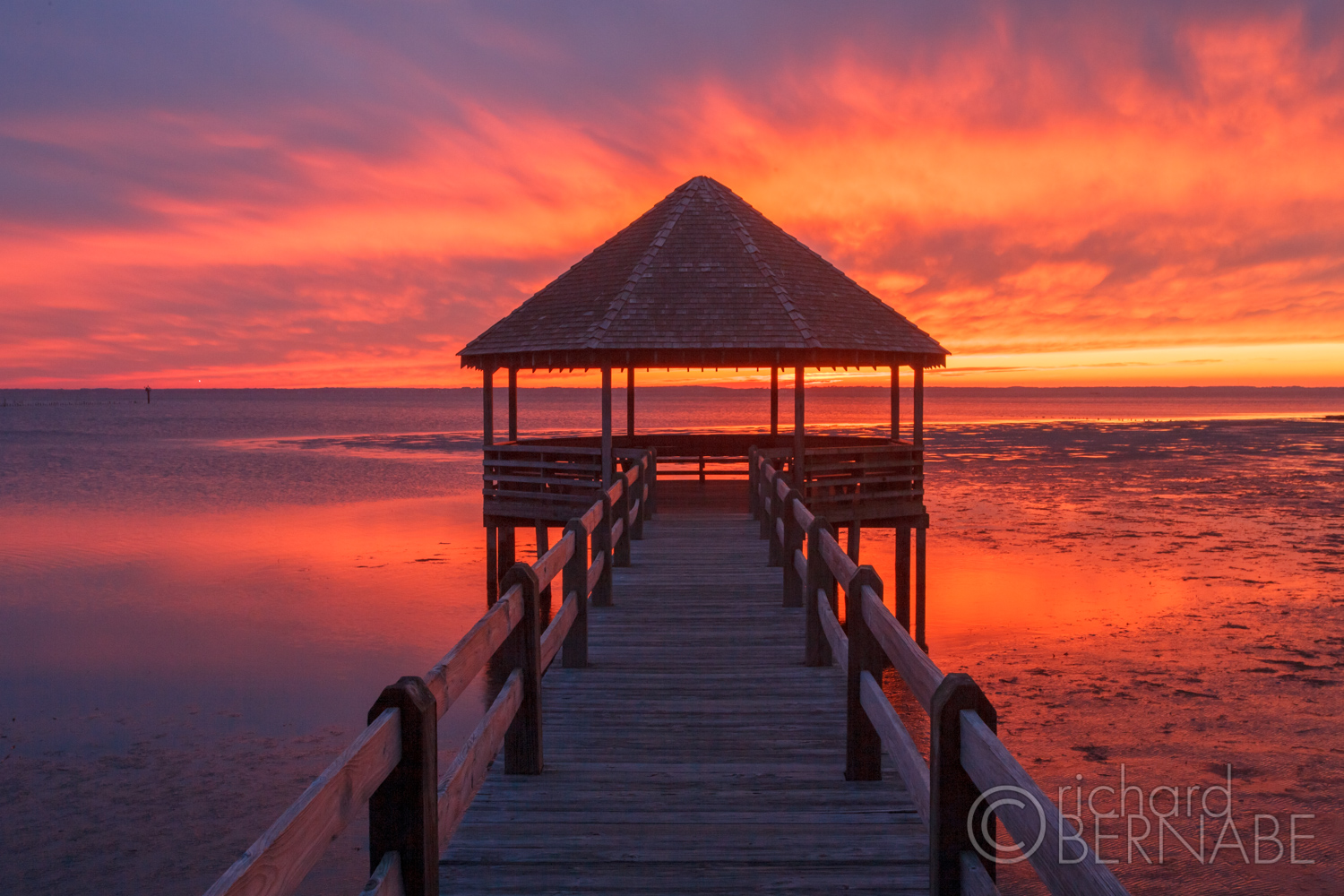 Cape Point at Hatteras Island is the physical confluence of several divergent ocean currents, creating a nutrient-rich habitat for sea life and a haven for pelagic birds and mammals. It’s also responsible for the infamous Diamond Shoals, also known as the “Graveyard of the Atlantic” for the many dozens of shipwrecks in this area. Dramatic seascapes, particularly at sunrise, are well worth the mile-long drive over the beach to photograph. This drive, however, should only be attempted with a 4WD vehicle with plenty of clearance.

Standing guard is the iconic Cape Hatteras Lighthouse with its distinctive “barber pole” design. Compositions with both the lighthouse and the Atlantic Ocean are no longer possible since the structure was moved 3000 feet inland in 1999, but dramatic landscapes with the wild dunes are still possible at both sunrise and sunset.

A short free ferry ride from southern Hatteras Island will take you to the remote island of Ocracoke. There are no roads that lead to Ocracoke, only three different ferries operated by the North Carolina Department of Transportation. Ninety percent of the island is part of the Cape Hatteras National Seashore and is protected from any development. Of interest to landscape photographers is the dune system at South Point, a two-mile drive over the beach to reach with a 4WD car or truck. The dunes here are not as large as those at Jockey Ridge, but their delicate, windswept shapes and form create fascinating interplays of light and shadow, even during mid-day. 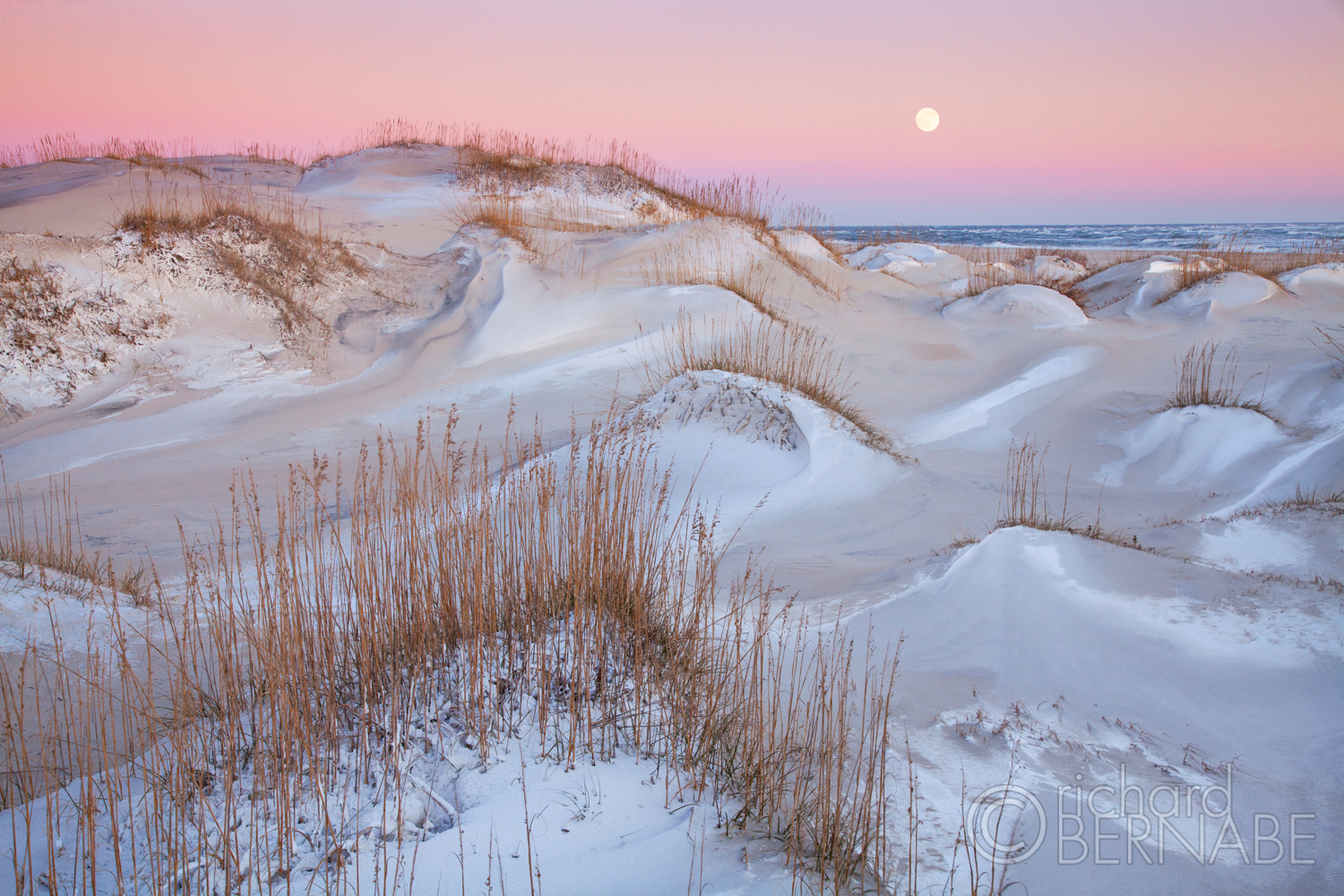 The Pea Island National Wildlife Refuge is 5,000 acres of luxurious wildlife habitat on the north end of Hatteras Island. Nearly 400 species of resident and migratory birds inhabit refuge including snow geese, Canada geese, tundra swans, herons, egrets, terns, gulls, brown pelicans, and a varied assortment of ducks. During the autumn and winter seasons, large flocks of the migratory snow geese take up a temporary home at the refuge, making it a can’t-miss location for wildlife photographers. A bird-watching platform off Highway 12 and the North Pond Trail offer photographers ample opportunities for shots at these waterfowl. Lenses 400mm or longer are recommended.

It should be noted that the raw elements of the Outer Banks can also wreak havoc on your camera equipment and tripod. Wind, water, sand, and salt spray are ever-present realities of outdoor life on these islands and great care should be taken to protect your equipment. Clean your camera and lenses after each day of shooting and wipe down your tripod with fresh water. Fortunately, these same destructive elements make the Outer Banks brutally beautiful and a must-visit location for all nature photographers.