Vero, the hottest image-sharing social media app at the present moment, is taking aim at Instagram, the undisputed king of mobile image sharing platforms. Vero is attempting to lure photographers and artists who have grown weary of the ubiquitous advertisements, algorithmic timeline, and inability to share links, as well as the image ratio limitations on the Facebook/Meta-owned mobile app.

New users to Vero are given a “free for life” offer, eventually leading to a fee based subscription model for later users (I’m skeptical this will work) instead of advertisements for revenue. Vero also uses a chronological timeline instead of an algorithm to distribute content to followers. Photographers and artists will certainly applaud that feature. And Vero has no trouble displaying vertical images without cutting off the top and bottom, whether the ratio is 2:3 or 4:5. You would think this would be an easy fix for Instagram. 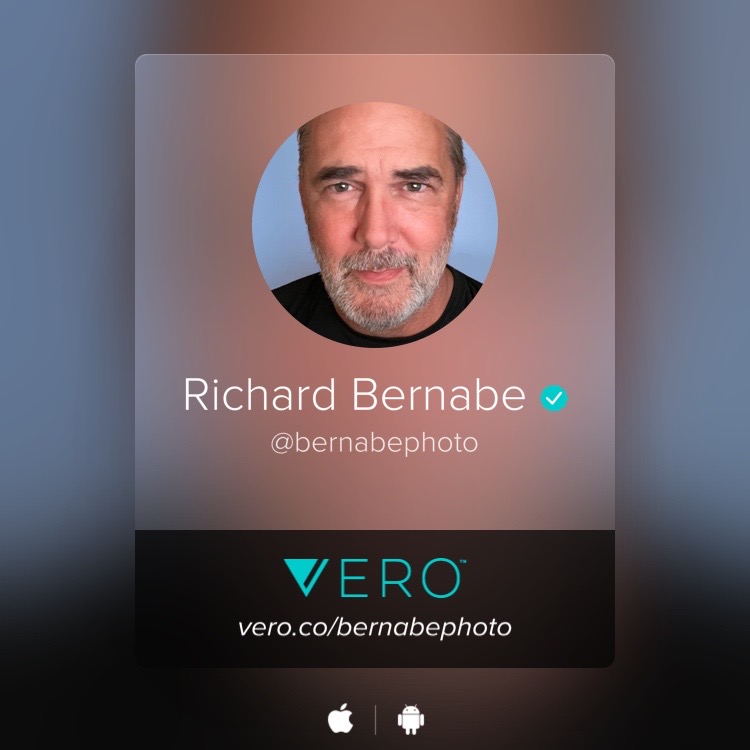 At the moment, due to the platform’s rapid growth, the system is slow and experiences intermittent downtime. This can be written off as growing pains as the membership has ballooned from 150,000 to 3 million in only a couple of weeks. The terms of service have scared many people off but they are no more “nefarious” than Instagram, Facebook, Twitter, et al – standard CYA legalese. Vero’s controversial cofounder and CEO Ayman Hariri, son of assassinated Lebanese Prime Minister Rafik Hariri, has drawn some criticism for past business dealings and the funding for the app. These are all things to consider before joining.

But the Vero product appears to be a good one in the very limited time I’ve been using it. Vero could quite possibly flame out over the next month or two, like many other recent social media upstarts. But then again, it could take a considerable bite out of Instagram’s dominance. We will wait and watch.